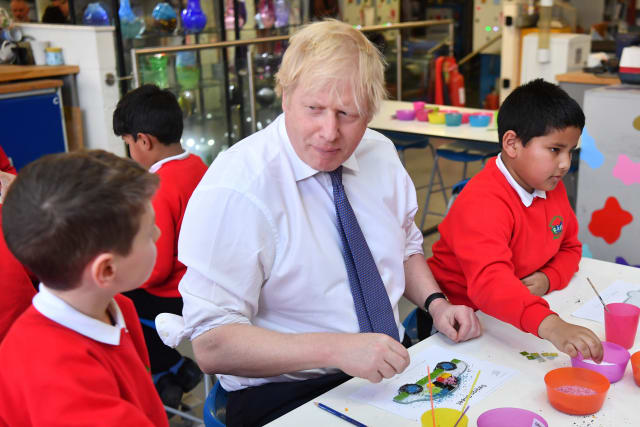 Brexit will be no more than “distant” history for the next generation of voters, according to Boris Johnson.

The Prime Minister said he suspected there would be no great appetite to overturn Britain’s European Union departure because it would be remembered as a historic event, “like the War of the Roses or the Big Bang”.

The series of civil wars known as the War of the Roses happened in the 15th century, while the Big Bang, a theory for how the universe came into being, is thought by some to have occurred almost 14 billion years ago.

Braydon Brent, a 10-year-old interviewing the PM for Sky News’ FYI programme, asked Mr Johnson how he could prevent younger generations from being “angry at politicians” given that “most of us kids wanted to stay in the EU”.

Mr Johnson, who asked whether there was any “evidence” for Braydon’s statement, said he thought Brexit would be a “dim memory” in years to come.

According to polling expert Sir John Curtice, more than 70% of 18 to 24-year-olds who voted in the referendum backed Remain, with just under 30% backing Leave.

In polling taken two years after the referendum, the preference for staying in the EU had risen to 80% among the same age group, said Sir John.

But Conservative Party leader Mr Johnson predicted voters would not be interested in Brexit as the country moves on from 2016’s 52% to 48% split.

“What’s called Brexit will be a dim, distant memory – it will be far, far behind us as a country,” he said.

“It will be like the War of the Roses or the Big Bang. It will be a historic event that people can barely remember.”

“And the world is going to be your oyster,” he told his young interviewer.

“You’ve won first prize in the lottery of life, Braydon, because you were born in the UK.”

The UK is due to leave the EU at 11pm on Friday evening before entering the transition period, an 11-month stretch in which Britain will no longer be an active member but continue to accept Brussels-made rules while it negotiates fresh trading terms.

Brexiteers were preparing to celebrate the UK’s withdrawal at the stroke of 11pm, with many gathering for a party in Parliament Square led by Nigel Farage.

Mr Johnson will spend the evening in Number 10 hosting a celebratory reception for senior ministers, officials and supporters of the 2016 referendum campaign to leave the EU.

The former Vote Leave frontman told his Cabinet ministers during their meeting in Sunderland, arranged to mark the last day of EU membership, that he wanted 80% of UK trade to be covered by free trade agreements by 2023.