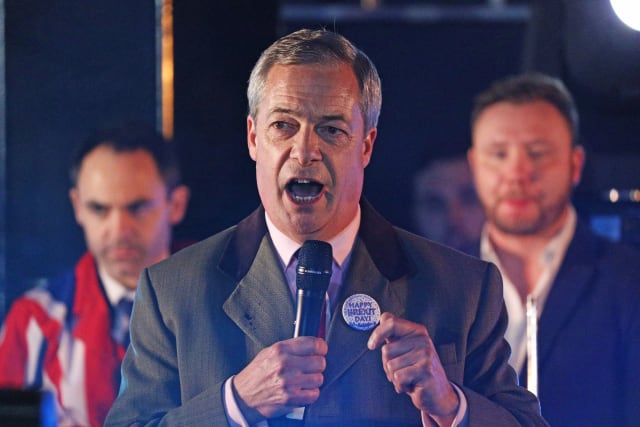 Nigel Farage has said Britain’s departure from the EU was “the greatest moment in the modern history of our great nation”.

Hundreds of people gathered in Parliament Square in central London sung the national anthem while waving Union Jack flags as the clock struck 11pm on Friday.

Addressing the crowd from a stage before the 20 second countdown, Mr Farage said: “This is something that I fought for – for 27 years and something that many thousands of you gave your time and money for.

He added: “The people have beaten the establishment. The real winner tonight is democracy.

“Let us celebrate tonight as we have never done before. This is the greatest moment in the modern history of our great nation.”

At 11pm, bongs from Big Ben were played out through speakers. It was followed by a rendition of the national anthem, with the lyrics produced on a large screen above the stage.