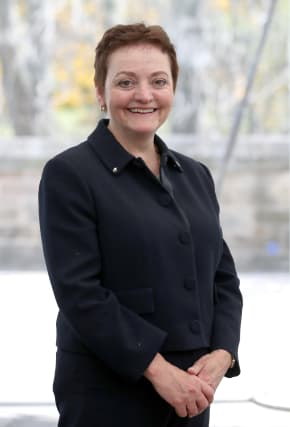 The UK’s newest MEP Heather Anderson has given her maiden speech to the European Parliament on the eve of Brexit.

The SNP MEP used her address to urge fellow members to “remember Scotland in your work”, as Britain leaves the bloc.

Ms Anderson will serve just four days in the role before Brexit, having replaced Alyn Smith when he was elected an SNP MP for Stirling at last year’s general election.

In her maiden address to the Parliament, Ms Anderson said: “Just imagine how difficult it is for a country, like Scotland, who has pledged their allegiance to the European Union on no less than three occasions, to be taken out against our will and without our consent.

“We do not live in a United Kingdom, we live in a disunited kingdom and Brexit is not the settled will of the Scottish people.

“But we are resilient and have long memories. We have shared a long history with you in Europe, both before our current union with England and hopefully in the future.

“We know our best future is with you and when the people of Scotland have to choose between two unions, they are deciding to choose the European Union.”

Following her speech, she added: “In my short time as an MEP I’ve been struck by the genuine warmth felt towards Scotland. People know that we rejected Brexit and increasing numbers are sympathetic to our return as an independent member.

“It was no accident that MEPs from across Europe chose Auld Lang Syne to mark our departure.

“The door is open for our return – and that choice is now in the hands of the people of Scotland.”