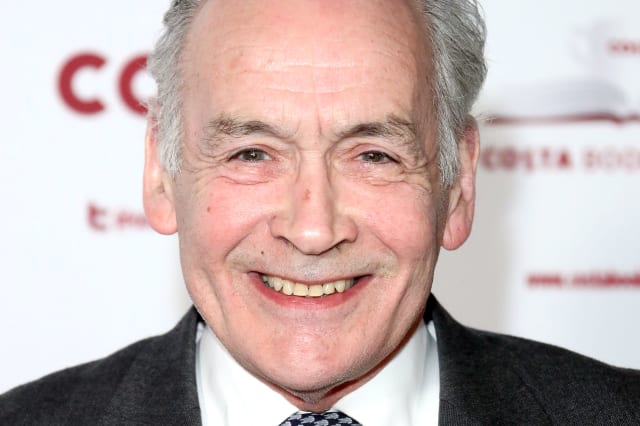 The man whose Twitter exchange is thought to have led to Alastair Stewart's departure has said an apology would have been sufficient, but there were several posts which have "now been deleted".

In a statement on Twitter, Martin Shapland said he takes "no pleasure" in the veteran broadcaster's decision to step down.

He said there were "several posts written by Mr Stewart, which have all now been deleted".

The ITV News host, 67, was involved an exchange with Shapland on Twitter in which he quoted a Shakespeare passage including the phrase "angry ape".

The quote, which was taken from the play Measure For Measure, was sent during a disagreement on January 13.

Shapland said: "Much of the context of the discussion was lost after tweets were deleted."

He said: "In so far as Mr Stewart caused hurt and upset, intentionally or otherwise, in an exchange earlier this month, there is a wider context.

"There was not a single post as has been widely reported, but several posts written by Mr Stewart, which have all now been deleted.

"I understand that Mr Stewart has acknowledged the words he used were misjudged and has expressed regret at what happened. I thank him for that.

"No one is perfect. We are all human and we all need to learn from our experiences and mistakes and try to be better people in the wake of them.

"An apology and commitment to be more careful about language was all that I would have asked. It is regrettable that he has decided to stand down and I take no pleasure in that. He has evidently gone through an ITN and ITV process and I respect his choice.

"Civil and political discourse has become far too vicious in the last five years. I would ask that we try to treat each other with a little more respect, kindness and understanding."

He thanked critic Kate Maltby, saying she "witnessed the whole incident" and concurred "that the exchange was out of character".

Maltby had tweeted: "I've admired Alastair Stewart for years, and really enjoyed getting to know him a bit on here.

"But I watched the actual exchange in real time, because I also follow and like his interlocutor. And it was much, much nastier than has been reported. It wasn't just the 'ape' quote."

Stewart – whose career in front of the camera spans 40 years – said in a statement to the PA news agency that he made a "misjudgment which I regret".

ITN said that the journalist's use of social media "breached" its editorial guidelines, but did not elaborate about the nature of Stewart's actions.

Broadcasters have spoken out in support of Stewart.

Ranvir Singh told Good Morning Britain she texted her friend to see if he was OK.

She said: "I feel really upset about it... I would never use the word 'racist' and his name in the same sentence.

"He has ... only ever been gracious and encouraging to me. We've had talks about how he and his wife have felt proud of what I've achieved and ... he has spoken about other black talent in the newsroom and why companies don't give them more work ... and he wants them to have more work.

She added: "Do you go back and unpick the whole of literature? My God, you know, it wasn't a quote from Enoch Powell.

"He's my friend and I feel sorry for him.

"In my gut, I would put my house on it that not for one second did he write that quote thinking that it was in any way a slur on someone's skin colour."

Good Morning Britain host Ben Shephard said: "I've been lucky enough to work with Alastair over the years as well, and he's an extraordinarily generous person with experience as a broadcaster to work with."

Broadcaster Katie Derham wrote on Twitter: "So very sorry to hear the news about Alastair Stewart stepping down from ITN.

"A very dear friend and colleague; enormous fun and extremely supportive, and unbelievably well informed. He will be missed."

"Now the only person to be fired for quoting Shakespeare accurately. The only explanation can be the ITN suits wanted him out — and seized their chance."

The statement said that the decision to quit was "supported by both ITV and ITN".

Stewart, who joined ITN in 1980 as industrial correspondent, said: "It was a misjudgment which I regret, but it's been a privilege to bring the news to households throughout the UK for the past 40 years."

Stewart, who has deleted his Twitter account, has been a staff reporter and presenter on ITV News programmes.

ITV newsreaders Mary Nightingale and Julie Etchingham were also among those to comment on the announcement, with both saying Stewart would be missed.

Nightingale wrote on Twitter: "Very sad about the departure of #AlastairStewart.

"He was a good friend and mentor to me when I started at Carlton TV, and we worked together for more than 27 years. I will miss him."

Etchingham tweeted: "So sad to learn this – we have worked on many big stories together & Al is a trusted friend and guide to many of us."

Michael Jermey, director of news and current affairs at ITV, said: "Alastair has been a long-standing, familiar figure to viewers of ITV News, both reporting and presenting with distinction.

"We wish him the very best for the future."

ITN chief executive Anna Mallett said: "We would like to recognise Alastair's contribution as one of the UK's foremost journalists and TV presenters and to thank him for his commitment to delivering high-quality broadcast news over many years."

During his career, Stewart has covered stories such as the Beslan school siege and the fall of the Berlin Wall, and he has been honoured with several awards.

In 2004, he was named presenter of the year at the Royal Television Society Awards and in 2006 he received an OBE for services to broadcasting and charity.

A petition to get him reinstated has notched up more than 1,000 signatures.