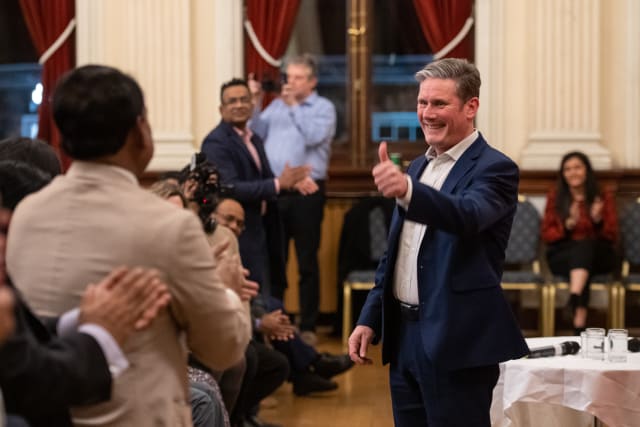 Labour leadership hopeful Sir Keir Starmer has called for European Union nationals to be given the right to vote in the UK.

On the eve of Brexit day, Sir Keir said the treatment of around three million EU nationals since the 2016 referendum had been “shameful”.

Meanwhile, leadership rival Rebecca Long-Bailey received a further boost to her campaign to replace Jeremy Corbyn, picking up the support of the Communication Workers Union.

EU citizens can only vote in local elections rather than Westminster contests, something Sir Keir said must change as he called for an end to Brexit divisions.

Writing in The Guardian ahead of a speech on Friday, he said: “The Government should give all three million EU nationals living in the UK full voting rights in future elections.

“The way they have been treated over the past three years is shameful. We were never just ‘tolerating’ EU citizens living in this country – they are our neighbours, friends and families.”

He added: “As a country we’ve been bitterly divided for three and a half years.

“Our politics has been frozen instead of tackling the real and deep-rooted problems we face.

“Now the leave-remain divide must end. Defining people by how they voted in June 2016 merely upholds a divide that we must overcome. There are no leavers or remainers any more. In 2024 there will be no leave or remain constituencies.”

Ms Long-Bailey’s endorsement from the CWU came after she had already secured her place on the final ballot alongside Sir Keir and Lisa Nandy, but is a further show of support for her campaign.

CWU generals secretary Dave Ward said: “I am proud of the democratic process our union has conducted and it is clear to me that Rebecca Long-Bailey is the outstanding candidate for leader.”