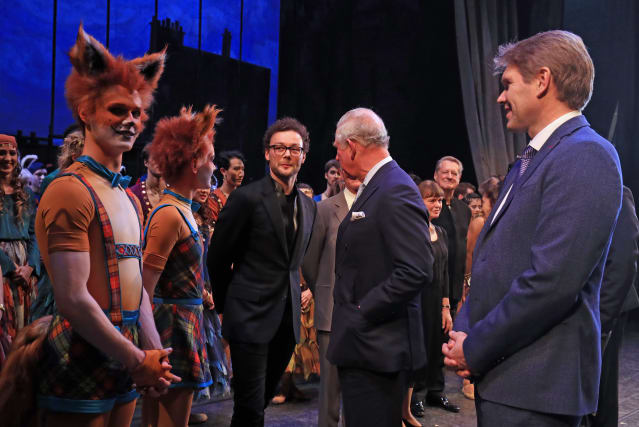 An internationally renowned choreographer has been suspended from the Royal Opera House amid allegations of inappropriate behaviour.

Liam Scarlett, who has rubbed shoulders with the royal family and whose reputation is known around the world, has been suspended as Artist in Residence at the Royal Ballet since the claims came to light last year.

The 33-year-old is being investigated over allegations of sexual misconduct with students, including that he encouraged them to send him naked photographs, made inappropriate comments, touched their bodies inappropriately, and walked in on them while they were changing, according to the Times.

The inquiry has not yet concluded and it is understood that no findings have been made against Scarlett, the paper said.

The allegations have sent shockwaves throughout the ballet world, with Australia’s Queensland Ballet among those to cut ties with Scarlett, cancelling a forthcoming run of his adaptation of Dangerous Liaisons.

In a statement, the Royal Opera House, which is home to the Royal Ballet, said: “We were made aware of allegations relating to Liam Scarlett in August 2019. The individual was immediately suspended, and an independent disciplinary investigation opened.

“The Royal Ballet Company has a code of conduct in place to ensure staff and visiting artists are always supported.

“As the process is still ongoing, and as a duty of care to staff and artists, we are unable to comment further until the matter has been concluded.”

Scarlett is the current Artist in Residence at the school, having joined the Royal Ballet in 2006.

He retired from dancing in 2012 to focus on choreography.

According to the Times, one former Royal Ballet School student said Scarlett had shared sexual messages with several male students on Facebook.

He said: “As a dancer you are trained to say ‘yes’ to everything.

“Because it’s so competitive you can’t lose an opportunity, so when someone with a lot of power asks you to do something you are pre-programmed to do it.

“I’m speaking out because he should not be allowed to continue working with students.”

The Queensland Ballet has since cancelled a forthcoming run of Dangerous Liaisons, which previously heralded Scarlett’s contribution, saying it “breathed new life into this sultry tale”.

A spokeswoman told the PA news agency that Scarlett was never due to go to Brisbane for the shows, which have since been ditched.

She said: “Queensland Ballet has suspended all future engagements with Liam Scarlett pending the results of that investigation. This includes the 2020 Melbourne tour of Dangerous Liaisons. QB is working closely with Arts Centre Melbourne on a possible alternative.

“Queensland Ballet has a strong ethos surrounding well-being in the arts and is committed to the provision and maintenance of a healthy and safe environment for all. And there is a code of conduct in place to ensure the entire QB community are always supported in order to achieve this.

“As the investigation in the UK is ongoing, and as a duty of care to all involved, we are unable to comment further.”

The Ballet’s revival of Scarlett’s Swan Lake is due to open in March for a sold-out run.

It is described on the Royal Opera House website as a “glorious production”, adding: “Scarlett’s additional choreography and John Macfarlane’s magnificent designs breathe new life into what is arguably the best-known and most-loved classical ballet.”