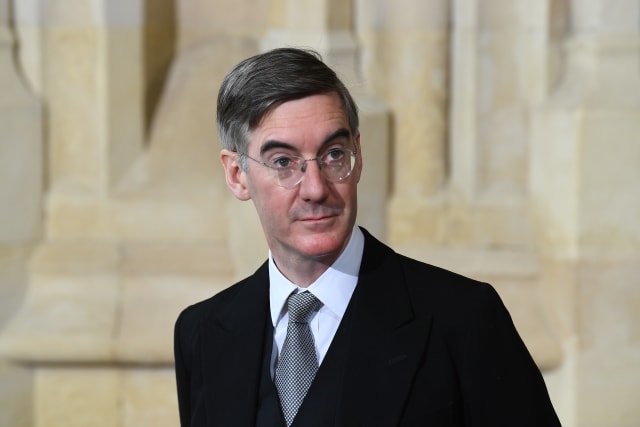 Jacob Rees-Mogg has insisted there will be no triumphalism to mark Brexit – but he may enjoy a glass of sparkling French wine.

The Commons Leader said such a move would be “allowable” in a “spirit of sympathy” to Europe at 11pm on Friday, the moment the UK formally leaves the European Union.

SNP MP Patrick Grady had said communities in Scotland will gather to say “au revoir not adieu” to fellow members of the EU, adding: “I just want to caution the Government about any kind of triumphalism about all of this.

“Tomorrow is not the end of Brexit, it is only the beginning.”

Mr Grady said many in the EU will be “leaving a light on for Scotland” so it can help guide the country back as an independent member state.

Mr Rees-Mogg replied: “I too am very keen that we should maintain cordial relations with our friends in the European Union but without being governed by them, and that seems to me an extremely satisfactory way to be proceeding from now on.

“We don’t want to be triumphalist about it but I think, in a spirit of sympathy to Europe, it would be allowable for some of us at 11pm on Friday to drink some French sparkling wine.

Mr Rees-Mogg also joked: “I’d just say one thing about leaving the lights on – I thought the SNP was very environmentally-friendly so I hope they’re carefully investigating the carbon cost of this.”