Rail fares are not bad value for money, says minister 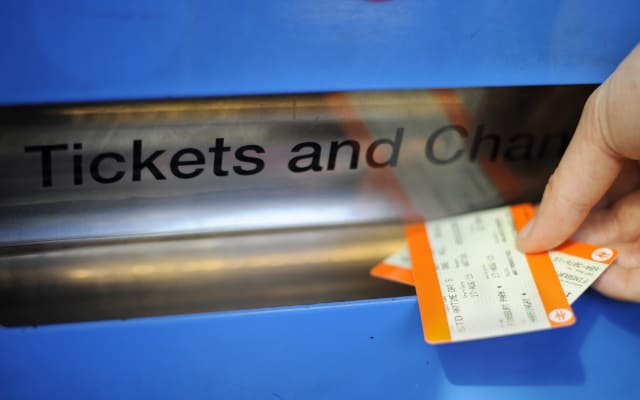 The rail minister has been criticised after claiming fares are “not bad value for money”.

Chris Heaton-Harris insisted the Government does take steps to protect passengers before arguing 98p of every £1 spent on fares is invested in the country’s rail network.

But shadow transport secretary Andy McDonald labelled the minister’s remarks a “curious interpretation” of the experience of people travelling by rail.

Passengers were hit by the annual fares rise earlier this month, with tickets increasing in price by an average of 2.7%.

Speaking in the Commons, Mr McDonald said: “Earlier this month UK rail passengers were hit with yet another above inflation fare rise.

“In contrast, in Germany fares were cut by 10% at the start of this year to encourage more people to travel by train in order to cut emissions.

“But shouldn’t the British Government follow the example of our European friends and consider a fare cut to boost rail travel rather than imposing yet another fare hike?”

Mr Heaton-Harris replied: “This Government caps around 45% of all rail fares, including most season tickets, to protect passengers that rely on the railway from high fares.

“Of every £1 spent on fares, 98p goes back into our railways, that is an investment in our rail. They are actually not bad value for money.”

As some MPs reacted with surprise to the remark, Mr McDonald said: “That’s a curious interpretation of the experience of British rail passengers.”

Mr McDonald said fuel duty has been frozen since 2010 at a cost of more than £50 billion while air passenger duty has been “broadly frozen” over a similar period, with a cut likely to come in the Budget.

He added rail and bus fares have increased in the last decade, asking: “Does he agree that tax breaks for car and aviation over public transport is the right approach to meet the climate crisis challenge?”

Mr Heaton-Harris said the Government has the “right approach” to decarbonise transport by 2050.