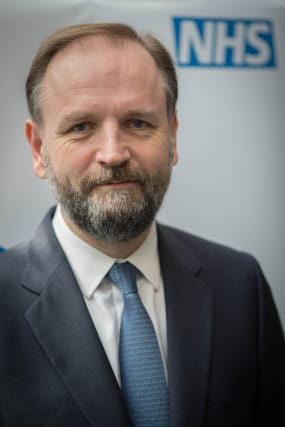 “Quacks, charlatans and cranks” are exploiting people’s health concerns through fake news spread online by the wellness industry, the head of the NHS has warned.

Sir Simon Stevens took aim at the “dubious ‘wellness’ products and dodgy procedures” available on the web, saying the ease with which claims can spread online has put misinformation “on steroids”.

He said consumers are risking their health and wasting their money by buying into these “too-good-to-be-true remedies”.

Sir Simon was speaking at In the Oxford Conversation, at the Sheldonian Theatre.

He said: “While fake news used to travel by word of mouth – and later the Caxton press – we all know that lies and misinformation can now be round the world at the touch of a button – before the truth has reached for its socks, never mind got its boots on.

“Myths and misinformation have been put on steroids by the availability of misleading claims online.

“While the term ‘fake news’ makes most people think about politics, people’s natural concern for their health, and particularly about that of their loved ones, makes this particularly fertile ground for quacks, charlatans, and cranks.”

The NHS chief continued: “Gwyneth Paltrow’s brand peddles ‘psychic vampire repellent’ (27 US dollars); says ‘chemical sunscreen is a bad idea’; and promotes colonic irrigation and DIY coffee enema machines, despite them carrying considerable risks to health and NHS advice clearly stating there is “no scientific evidence to suggest there are any health benefits associated with colonic irrigation”.

Sir Simon also said there was a concerning wealth of misinformation around established treatments.

Last year, the UK lost its measles elimination status, along with three other European countries.

At the time, the World Health Organisation said misinformation about vaccines was as contagious and dangerous as the diseases it helps to spread.

And social media company Pinterest vowed only provide evidence-based information from leading health experts to its users in a bid to tackle false claims.