Pompeo ‘confident’ US and UK can overcome differences over Huawei 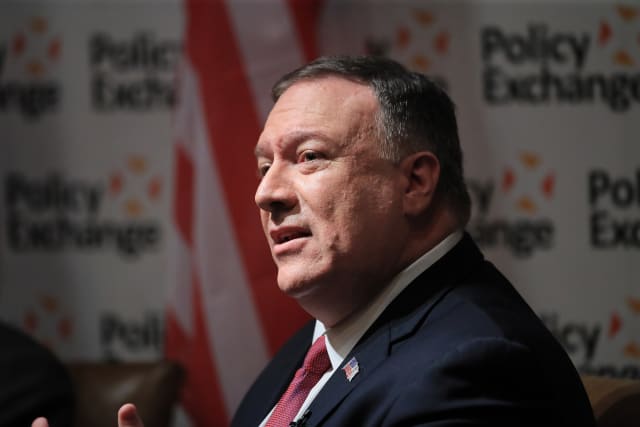 US Secretary of State Mike Pompeo has said he is “confident” that Britain and the US can work through their differences over Chinese tech giant Huawei.

Speaking ahead of talks in Downing Street with Prime Minister Boris Johnson, Mr Pompeo made clear that Washington still has deep reservations about the involvement of Chinese firms in Western telecoms systems.

However he indicated that the issue would not affect talks on a post-Brexit trade agreement, saying the UK is still at “the front of the line” for a deal.

Mr Johnson risked incurring the wrath of the Trump administration with the announcement on Tuesday that Britain would allow Huawei to play a limited role in building its 5G network.

Speaking alongside Foreign Secretary Dominic Raab at a Policy Exchange event in London, Mr Pompeo said the US still believes that having Huawei technology within the network is “very difficult to mitigate” and “not worth the candle”.

He added however: “The decision was made on Tuesday. I’m confident we can work together to implement that decision and work to get this right.”