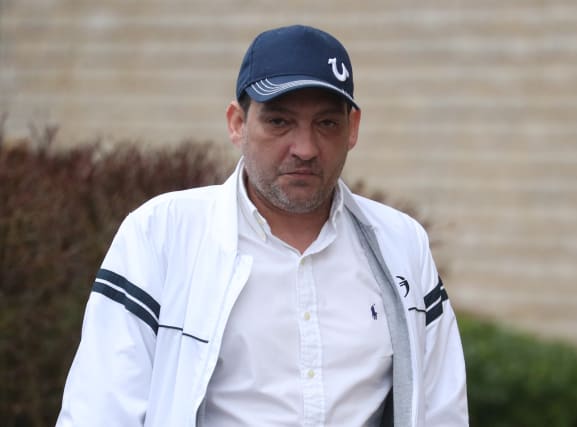 A 47-year-old man has been found guilty of attempting to steal a “priceless” version of the Magna Carta, which he believed was a fake.

Mark Royden, from Canterbury, Kent, was convicted of using a hammer to smash the security case holding the historic document at Salisbury Cathedral on October 25, 2018.

He was found guilty at Salisbury Crown Court of attempted theft of the Magna Carta and criminal damage to the display case costing £14,466 to repair.

The trial heard that Royden scoped the cathedral for a route avoiding CCTV cameras and came equipped with a hammer, gloves and safety goggles.

Before smashing the security case in the Chapter House holding the artefact, Royden turned a CCTV camera in a failed bid to avoid being recorded by it and set off a fire alarm as a distraction, the court heard.

After his attack on the case, he was pursued by “good-spirited” members of the public including a pair of American tourists, cathedral staff and stone masons – who detained him in a works yard outside.

Rob Welling, prosecuting, said that Royden made an “odd prepared statement” to police during which he “doubted the authenticity” of the Magna Carta.

His comments included: “You can’t talk to me about the holy grail so to speak, if you find a bag on the floor which says cocaine on it, you would have to test that bag forensically, as for your holy grail, you would need a carbon test and a trace element test.”

Judge Richard Parkes QC told the jury: “There is an irony that the charter of the Magna Carta that this defendant is charged with attempting to steal states that no free man may be imprisoned other than by the lawful judgment of his peers.

“It still holds good and is in the process of the court right now.”

He added: “We are not concerned with the authenticity of Salisbury Cathedral’s Magna Carta, it’s a state document of huge significance and one of four dating back to 1215 and the meeting of King John and the barons of Runnymede.”

Judge Parkes asked for a pre-sentence report to be prepared on the defendant and said: “The reality is that it’s overwhelmingly likely that Mr Royden is going to an immediate sentence of custody.”

He added: “I take the view there was significant planning.”

He remanded Royden in custody until sentencing on February 25.

The court was told that Royden has 23 previous convictions covering 51 offences, including theft and criminal damage.

The defendant, who suffered brain damage in a car accident in 1991, is subject to a court of protection order regarding his finances and is aided by a carer.

Salisbury Cathedral’s version of the Magna Carta is one of four that remain in existence from the original 1215 charter.

King John issued the Magna Carta after agreeing peace terms with a band of rebel barons, and it is now one of the world’s most celebrated legal documents.

It established for the first time that neither monarch nor government was above the law and set out principles of liberty.

The Salisbury copy went back on display three months after the incident, with the damaged case being made part of the exhibition telling the document’s history.