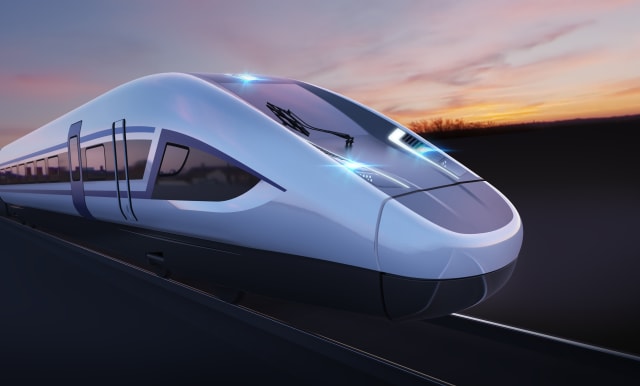 Here are 11 key questions about the controversial high-speed rail project.

– Do the Conservatives support HS2?

The party is split on the issue. Chancellor Sajid Javid is set to back the project, but the Tory benches erupted into shouts of “No” during Prime Minister’s Questions when Mr Johnson was asked if he agreed that HS2 should go ahead.

Mr Johnson’s most senior adviser, Dominic Cummings, is said to be in favour of scrapping the scheme.

HS2 Ltd has spent around £8 billion. The money has gone towards the purchase of land and property, ground investigation work, technical designs, IT systems, wages and public engagement.

– What about the timetable?

The first phase between London and Birmingham was due to open in 2026, but services between the cities are now forecast not to start until between 2031 and 2036.

– What has gone wrong?

Whitehall spending watchdog the National Audit Office found that the project is over budget and behind schedule because its complexity and risks were under-estimated by the Department for Transport and HS2 Ltd.

Political leaders in northern England and business groups claim the railway is vital to boost transport links across the region, providing increased capacity on an overcrowded network.

– Who are its opponents?

Communities living on or near the route have expressed anger at the impact on their lives, while many people have said the project is simply too expensive and the money would be better spent elsewhere.

– What impact would HS2 have on journey times?

– When will a decision be made?

The Prime Minister told the Commons on Wednesday that a decision will be made “very shortly”.