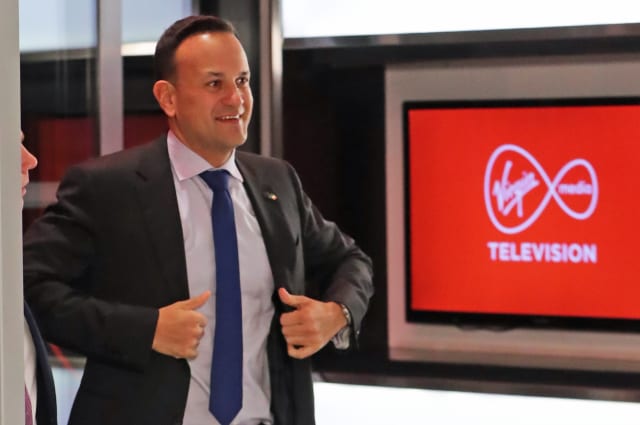 Irish political parties have defended their spending plans just over a week before voters go to the polls.

Taoiseach Leo Varadkar rejected a claim that it has been a “dishonest General Election” in reference to manifesto promises made by parties.

He said the projections all the parties have used are based on assumptions made by the Department of Finance.

“But I ask you not to put me in the same category as the others,” the Fine Gael leader added.

“We have been responsible on budgets. We are the one party not opting to spend the total 11 billion euro,” he added.

“The real issue here is what are one’s priorities.”

Mrs McDonald said there has been a “narrative of economic recovery”, but that “ordinary people are asking, ‘how come I am not experiencing it?’ They need a break”.

“Across the state, families and workers are struggling,” she argued.

“At the same time, the banks those same people bailed out are not paying a cent on profits of 2.4billion euro (£2bn).”

“That will require us to have an income to do it.

“I don’t think you can promise tax cuts on one side and there are several parties doing that.”

Mr Barry said: “If you went after the richest 5% and put 2% tax on their net wealth, that would raise just shy of 4 billion euro.”

Mr Howlin said: “It is as if we haven’t went through the last disastrous 10 years. If we are determined to fix the health crisis and solve the housing crisis, we can’t at the same time give mass tax cuts.