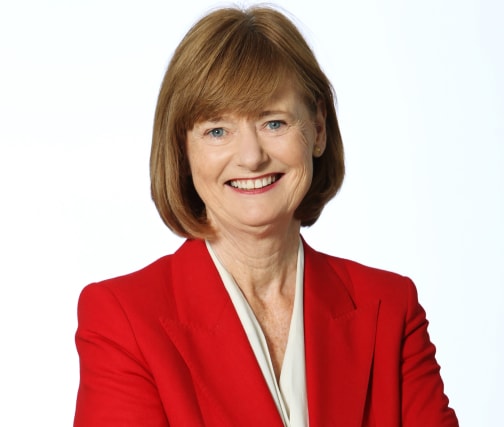 Two Irish MEPs, who will finally be able to take their seats in Brussels when the UK leaves the EU, have sought to reassure people in Northern Ireland they will work to ensure their interests are still represented.

Deirdre Clune, a Fine Gael MEP for the Ireland South constituency, and Barry Andrews, for Fianna Fail in Dublin, were elected last year, but could not take their places in the European Parliament due to the Brexit impasse.

The pair were elected to two extra seats allocated to Ireland as a result of the departure of the UK’s MEPs.

While Northern Ireland has lost its three MEPs, both Mr Andrews and Ms Clune pledged that it will not be left without representation.

Ms Clune, who had previously been a sitting MEP, told the PA news agency: “Whilst they don’t have a directly-elected representative from Northern Ireland, we’ll certainly be mindful of the fact that we need to keep the all-Ireland economy going, keep it strong because there’s so much interplay between both sides of the island.

“It’s in the interests of the people in the south that the economy (in Northern Ireland) continues to prosper there because it’s so interconnected.”

Mr Andrews said he had argued for observer status for Northern Ireland MEPs during the transition period, but that idea appeared to have “fallen on deaf ears”.

He said failing that he is looking into taking a few days a year in Northern Ireland to speak to representative groups there about issues concerning them.

As the European Parliament voted overwhelmingly to back Boris Johnson’s Brexit deal on Wednesday, MEPs linked hands to sing a final chorus of Auld Lang Syne.

Ms Clune, who plans to travel to Brussels next week, said while she is “anxious to get back”, it had been an emotional time this week seeing the British and Northern Ireland MEPs say goodbye to the EU.

“I’m looking forward to getting back to work myself and becoming involved again but overall I’m not too happy that the UK won’t be there and that those members will be gone,” she said.

“It was a pretty emotional day really seeing the images on television and reading about it.”

Mr Andrews said while he will be relieved to start work, his first-time win was “muted”, given the circumstances.

He said: “It’s mixed emotions because nobody in Ireland thinks its a good idea to have Brexit but I’ll just get on with it. I won’t be celebrating, it will be kind of muted.”

He added: “I’ve been anxious to get started. I suppose there is probably a need for additional representation as the British departure puts Ireland under pressure in terms of influence in the EU so there’s plenty of work to be done and I’m looking forward to getting started.”

Ms Clune described the UK members as “good colleagues”, and said their support on issues of common interest will be missed.

“I think they were very similar to our own outlook in many ways – free markets, competition, an outward-looking trading nation. So that’s similar to Ireland, we had a lot in common,” she said.

“They’d have been like-minded when it came to voting on committees and voting on issues. You could work with them.”

Looking ahead to the negotiations on a trade deal, she said while she’s “confident” one can be reached, the timeframe in which to do it is “really, really short”.

“I hope that goes well for all sides really. At the end of the day we’re all neighbours so we’ve got to get along,” she said.