From nine mentions a year to 9,000: How MPs caught the ‘Brexit’ bug 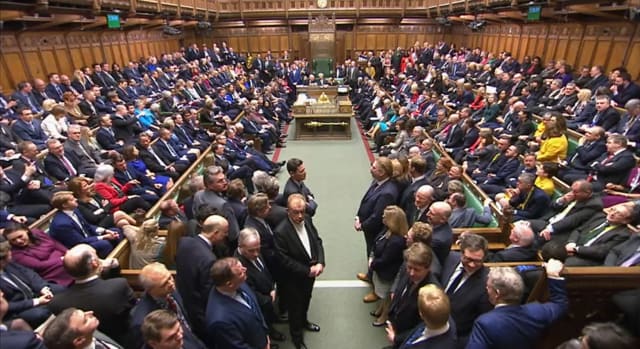 The word “Brexit” was first spoken in the House of Commons in April 2014 – more than two years before the UK voted to leave the European Union, new analysis reveals.

The first ever mention is recorded as happening on April 3 2014, by former Conservative MP David Nuttall.

Mr Nuttall referred to a competition run by the Institute of Economic Affairs called the “Brexit prize”, which had been launched to find ideas for how the UK could make a success of life outside the EU.

The word was slow to catch on among MPs.

It received two further mentions in the Commons in 2014 – once more by Mr Nuttall on April 9, and once by fellow Conservative MP Philip Hollobone on April 10.

And there were just nine mentions in 2015.

But the number rocketed to almost 2,600 in 2016, the year of the referendum, and has risen every year since.

As of the end of parliamentary business on January 29 2020, the most recent mention of “Brexit” in the Commons – the 24,240th to be exact – was by Labour MP Thangam Debbonaire.

The figures have been compiled by the PA news agency using Hansard, the official record of all parliamentary debates.

The first mention of “Brexit” on PA’s own newswire was on January 23 2013, the day then-prime minister David Cameron announced his intention to hold a referendum on the UK’s membership of the EU.

It appears in a quote from MEP Fiona Hall, who was then the leader of the Liberal Democrats in the European Parliament.

The first use of the word “Brexit” anywhere in the world is recorded by the Oxford English Dictionary as taking place even earlier, in May 2012.

It is ascribed to Peter Wilding, founder of pro-EU think tank British Influence, who wrote in an article online: “Unless a clear view is pushed that Britain must lead in Europe at the very least to achieve the completion of the single market then the portmanteau for Greek euro exit (Grexit) might be followed by another sad word, Brexit.”