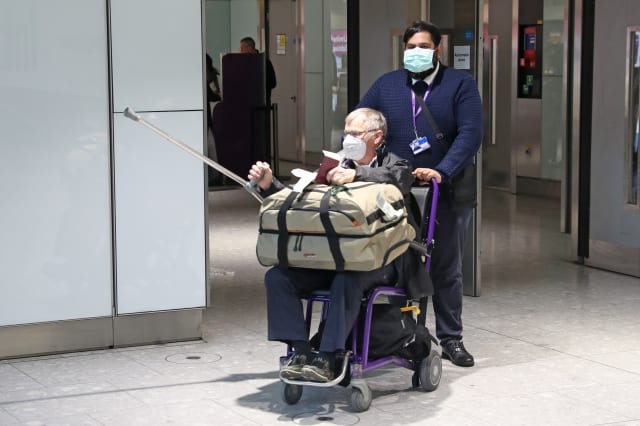 The World Health Organisation (WHO) has declared an international public health emergency over the coronavirus outbreak just hours before an evacuation flight to bring British nationals back to the UK is due to leave the Chinese city of Wuhan.

Health experts made the announcement on Thursday evening following a meeting of the WHO emergency committee in Geneva.

It comes as about 150 UK citizens are due to be brought back from China on a flight leaving Wuhan city at 7am local time on Friday – 11pm Thursday UK time.

“Our greatest concern is the potential for the virus to spread to countries with weaker health systems, and which are ill-prepared to deal with it.”

Last week, WHO said it was “too early” to declare an international public health emergency but on Thursday said action was needed to help countries to prepare for the possibility of it spreading further.

The new virus has now infected more people in China than fell ill during the 2002-2003 severe acute respiratory syndrome (Sars) outbreak. The number of cases has jumped to 7,711, surpassing the 5,327 people diagnosed with Sars.

The death toll, which rose to 170 on Thursday morning, is lower than the 348 people who died in China from Sars.

In the UK, 161 people have tested negative for the virus as of Thursday.

Passengers on the evacuation flight, which will have military medics on board, will land at RAF Brize Norton in Oxfordshire on Friday morning.

They will then be taken to an NHS facility on the Wirral for a quarantine period of 14 days.

It is understood they will be taken to a former student accommodation block in the grounds of Arrowe Park Hospital.

Janelle Holmes, chief executive of Wirral University Hospital, sent a message to staff on Thursday evening, saying: “Around 100 British citizens will be travelling to the UK from China tomorrow.

“We will be welcoming and housing them in the accommodation block at Arrowe Park Hospital.

It is understood passengers will have access to the internet and be able to make contact with family.

Fifty foreigners – mainly from EU countries – will also be on the evacuation flight which will head to Spain afterwards.

Officials have been working to secure a flight out of Wuhan for British nationals after one planned for Thursday failed to get clearance from Chinese authorities.

The Government anticipates flying out UK citizens who have been in Wuhan and the surrounding Hubei province.

British nationals have been asked to make their own way to the airport, and it is understood the British Consulate has provided letters to help people in cars get past security checkpoints.

Passengers say they have been told only to take hand luggage on the flight.

Jeff Siddle, from Northumberland, told the BBC his family faced a “terrible dilemma” after he and his nine-year-old daughter were told they could fly back – but not his Chinese wife, who has a permanent residency visa for the UK.

Meanwhile, British Airways has extended its suspension of all flights to and from mainland China until Monday.

Virgin Atlantic flights between Heathrow and Shanghai are continuing to operate as scheduled.

Also on Thursday, an apartment-hotel in Yorkshire was put on lockdown after a man, believed to be a Chinese national, was taken to hospital after falling ill.

The man, who was a guest at the Staycity Hotel in the centre of York, was taken to hospital by medics on Wednesday night.