Brexit: what will change? 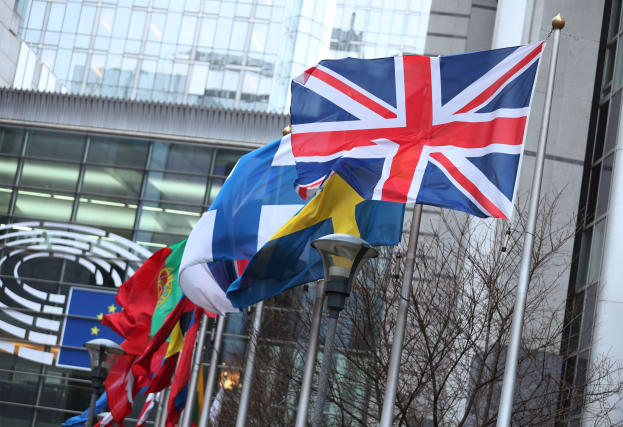 After years of bitter wrangling since the 2016 referendum, Brexit finally becomes a reality at 11pm on Friday.

But will anyone notice? Here are some of the things that will change.

– The UK will have no MEPs

The 73 MEPs elected from the UK in 2019 will no longer attend the sessions in Strasbourg and Brussels. A total of 27 new MEPs from the existing states will take their place, with the remaining 46 seats kept empty in case another country joins the EU in future.

The UK’s highest profile MEP, Brexit Party leader Nigel Farage, left in a show of flag-waving triumphalism after the vote to back the Withdrawal Agreement on Wednesday.

– No seat at the European Council table

From February 1, there will be 27 national leaders at the regular summits in Brussels.

The UK will also be absent from ministerial-level meetings on issues ranging from home affairs to the economy.

Europe Minister Christopher Pincher was the last member of the UK Government to attend a meeting with EU counterparts on Tuesday.

– The Department for Exiting the European Union will be axed

The department led initially by David Davis, then Dominic Raab and, finally, Steve Barclay will be wound up.

While the civil servants will be found jobs elsewhere in Whitehall, Mr Barclay will lose his seat at the Cabinet table.

– The UK’s passport will turn blue

To Brexiteers, the symbolically important blue UK passport will be a tangible sign of the break from the EU. The contract to produce them was, however, awarded to a Franco-Dutch firm.

Boris Johnson said people will be entitled to a “beautiful new blue passport”.

Just when you thought you’d had enough of Brexit negotiations, a whole new set can start.

A new deal needs to be in place by the end of the year as the Prime Minister has insisted he will not extend the transition period which keeps trade and travel arrangements largely the same.

But as well as the battles with Brussels, the UK will also be able to start talks with other countries – most notably Donald Trump’s United States.

US secretary of state Mike Pompeo used a visit ahead of Brexit to stress that the UK would be at the “front of the line” for a deal.