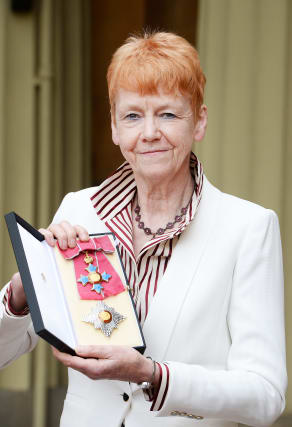 The Victims’ Commissioner has urged the Attorney General to order an inquiry into decreasing rape charge rates.

Dame Vera Baird has written to Geoffrey Cox asking why there was “no explanation” in a report by HM Crown Prosecution Service Inspectorate (HMCPSI) published last month over a substantial reduction in CPS charging of rape in recent years.

It comes as new quarterly CPS figures released on Thursday show rape convictions fell around 21% in the last year, from 445 to 350, while the number of cases resulting in a prosecution dropped by 26%, from 684 to 505 in the same time frame.

Campaigners have long argued that prosecutors have now adopted a risk-averse approach to taking on cases where they feel there is a lower chance of conviction, something denied by the CPS.

In her letter to the Attorney General, Dame Vera described how rape victims had a “crisis of confidence” in the justice system.

She questioned the independence of the inspectorate, said it lacked credibility by failing to seek input from outside the CPS, and said it failed to answer concerns from campaigners about prosecutors’ approach to dealing with rape cases.

We do not criticise a significant Her Majesty’s Inspectorate report lightly, but our concerns are so serious that we felt we needed to put them on record and alert those who are making decisions about the next steps of the Rape Review.

She wrote: “This crisis will no doubt be further exacerbated following the CPS publication earlier today of its latest prosecution data, which, whilst lacking clarity, shows a continuing decline in the already low level of rape prosecutions.”

Sarah Green, director of the End Violence Against Women coalition, said in a statement: “We do not criticise a significant Her Majesty’s Inspectorate report lightly, but our concerns are so serious that we felt we needed to put them on record and alert those who are making decisions about the next steps of the Rape Review.

“We need granular analysis of police and prosecutor practices in their routine handling of rape cases, and this report does not provide that. It does not help anyone who is interested – from survivors and women’s groups to police, lawyers, judges and the wider community – really see what decision-making is like in relation to this extremely high harm crime.

“We urge the Attorney General and other Criminal Justice Board members to start again on examining CPS decision-making.”

Findings noted both police and the CPS had seen “significant reductions in their resources” while cases had become “more complex” because more evidence is on digital devices such as mobile phones and social media, which can take longer to process.