UK must control access to its waters after Brexit, fishing industry urges 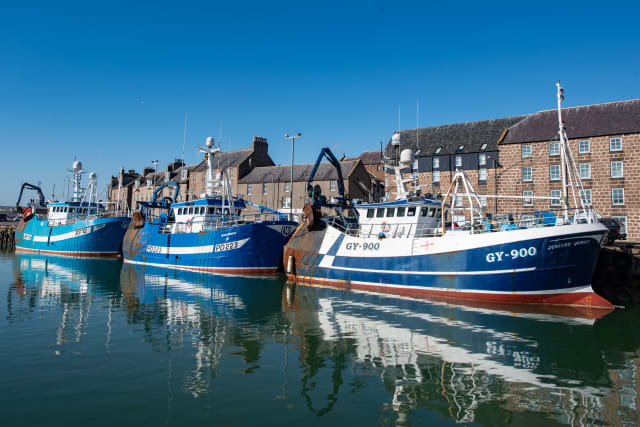 The UK must control access to its waters for fishing after Brexit, the fishing industry has urged as the Fisheries Bill is published.

The Government has introduced legislation which it says ensures the UK will become an independent coastal state, quitting Europe’s common fisheries policy and ending automatic access for EU vessels to fish in British waters.

Fishermen have often complained they do not get a fair share of what is caught in UK waters under the CFP.

But with future access and quotas set to be negotiated with the EU, there are concerns that the fishing industry could lose out if it is traded off in return for securing a beneficial outcome for other areas of the economy such as financial services.

Elspeth Macdonald, chief executive of the Scottish Fishermen’s Federation (SFF) said it was important to make sure the Government delivers on its commitments to fishing.

“What’s really important we are able to secure the sea of opportunity that exists outside the common fisheries policy.

“To do that we have to make sure we control access to our fishing waters as an independent coastal state under international law.

“The really important thing the Government has to deliver for the industry is that ability to control access to our fishing waters.”

Fishing industry leaders say they want to see a system for the UK similar to that currently enjoyed by Norway, which annually negotiates access to its waters and shares of quota with the EU as an independent coastal state.

Barrie Deas, chief executive of the National Federation of Fishermen’s Organisations, said EU states such as France wanted to maintain the status quo on the share of fishing between countries, but the UK wanted to see it changed.

He pointed to Channel cod where the UK’s share of quotas was 9% and the French share was 84%.

Asked if he thought the Government could sell out fishing in the negotiations, Mr Deas said: “Fishing is emblematic of Brexit so I think politically it would be extremely difficult for the Government to come back and say we’ve sold out fishing again.

“I think there would be uproar in Parliament, uproar across the country and the fishing industry just wouldn’t accept it.”

On where the EU and UK stood on the issues, he said: “I think we’re talking about polar positions at the moment, but in the middle there’s an area for agreement which is if there’s movement on quota shares there’s scope for European vessels to continue to fish in UK waters.”

Addressing a meeting with the fishing industry representatives in Parliament, Fisheries Minister George Eustice said: “Whatever the shape of our final agreement with the European Union, we are absolutely crystal clear we want to be an independent coastal state.

“This is not a radical thing we are asking for, we’re just asking for what is a normal thing for other countries that are not members of the European Union.”

He said the UK wanted to have annual negotiations with neighbouring countries “in a neighbourly way”, speak on its own behalf in negotiations, and get a fairer share of the resources in its own waters.

But shadow environment secretary Luke Pollard warned: “The Fisheries Bill confirms many of the fishers’ worst fears that access to waters will be determined based on the UK-EU negotiations.”

“It’s an unalienable truth about what is in the Fisheries Bill, that the fishing sector, it’s not just one industry,  it’s many industries all fishing in the same waters, is at risk of being sold out to automotive, to aerospace, to financial services as part of that wider single agreement.”