UK forcing itself into ‘straitjacket’ over refusal to seek transition extension

Ireland's deputy premier has claimed that Boris Johnson's determination not to seek an extension to the transition period beyond the end of 2020 is putting the UK in a straitjacket.

Tanaiste Simon Coveney said the European Union will be tailored to a time line that will force choices and a "very intense" negotiation.

Following the UK's departure from the EU on Friday, the UK will continue to follow EU rules while talks take place on a free trade agreement over an 11-month transition period.

The Prime Minister has stated he will not contemplate an extension beyond the end of the year. 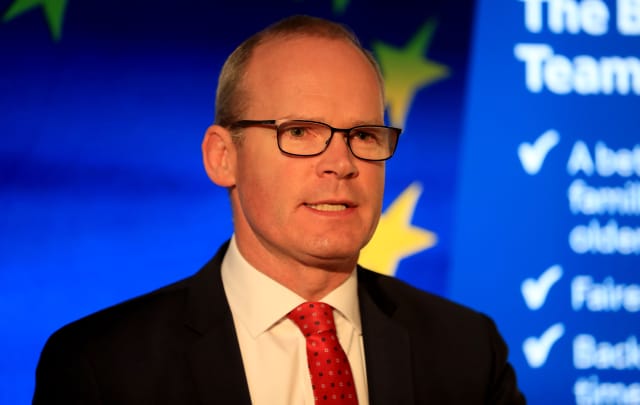 There have been concerns expressed by Irish ministers around the tight timeframe to reach an agreement.

Following a Cabinet briefing on Wednesday morning, Mr Coveney said: "I think it is accepted now, and certainly I agree with this, that the UK are very unlikely to seek an extension of the transition period by mid-summer which is when they would have to do it.

"Because of that timeline the UK effectively decided to put themselves in a straitjacket in terms of time.

"The approach to the negotiations from the European Union will be tailored to that time and that will force choices, but it will also force a very intense negotiation very quickly.

"The second point is that we are now moving very quickly in terms of the next stage of Brexit and we have been preparing for that for quite some time."

Mr Coveney went on to say that after the UK leaves the EU, discussions around the future will begin straight away.

On Monday, the European Commission will publish their draft negotiating mandate which is set to be approved by EU leaders next month.

Mr Coveney added: "I think what will become very clear is that we will have to make some very difficult choices before the summer and what I mean by that is, the European Union has already indicated that there is no way that a full future relationship agreement that involves free trade agreements can be completed by the end of the year, there was no chance."

The Irish electorate will go to the polls on February 8 and it is expected that Fine Gael will face a huge battle to remain the governing party.

"So I ask you the question and the public the question, who do you trust to manage all of that?