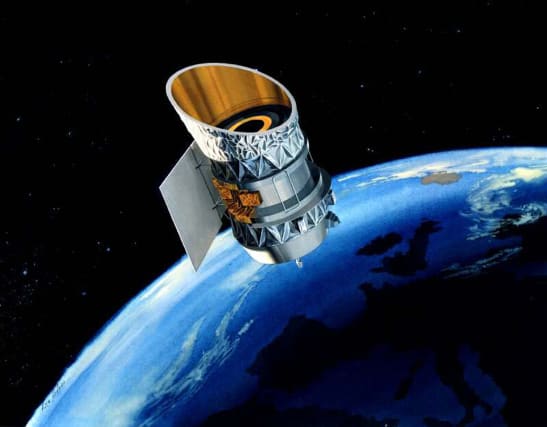 Two defunct satellites are in danger of smashing into each other in orbit, potentially creating thousands of small pieces of space debris.

According to LeoLabs, which tracks satellites in space, an old Nasa telescope known as IRAS will come very close to a decommissioned US military satellite called GGSE-4, at around 11.30pm GMT on Wednesday.

The satellites are expected to pass within 13-87 metres of each other, 560 miles above Pittsburgh in the US, at approximately 33,000 miles per hour.

LeoLabs predicts there is a one in 1,000 chance of a collision that could put other active satellites at risk.

Dr Brad Tucker, from the Research School of Astronomy and Astrophysics at the Australian National University, said the encounter between “these two big hunks of space junk” will be “really close”.

He added: “If they collide, they could produce tens of thousands of pieces of debris.”

Space junk has become a growing concern as the debris in Earth’s orbit has the potential to cause damage to other active communication and research satellites.

“Events like this highlight the need for responsible, timely deorbiting of satellites for space sustainability moving forward,” LeoLabs said in a tweet.

“We will continue to monitor this event through the coming days and provide updates as available.”

The last time a huge collision occurred was in 2009 when an inactive Russian communications satellite known as Kosmos-2251 collided with an active US commercial satellite called Iridium 33.

The event produced more than 1,000 pieces of large debris in addition to thousands of smaller ones.

Last month, the European Space Agency (ESA) announced plans to remove debris from orbit as part of its ClearSpace-1 mission, which is planned for launch in 2025.

At present, there are more than 128 million pieces of debris smaller than 1cm in orbit around Earth, according to figures from the ESA’s Space Debris Office, along with 900,000 pieces of space junk between 1–10cm, and 34,000 pieces larger than 10cm.