A green turtle that was untangled from the net of an Argentinian fishing vessel had more problems than first appeared when it arrived at the San Clemente institution rescue centre.

A few days after arriving the animal began excreting rubbish, including plastic debris.

After undergoing X-rays it was then revealed that the turtle had even more trash in its stomach, most likely because the animal had mistaken the rubbish for its natural food, such as jellyfish, sea grasses and worms, the foundation told Live Science.

"Therefore, we began a treatment with a medication that favours its peristaltic movements (movements of the digestive tract) and allows it to eliminate what we observed on the [X-ray] plates," Ignacio Peña, veterinarian at the Mundo Marino Foundation, said. 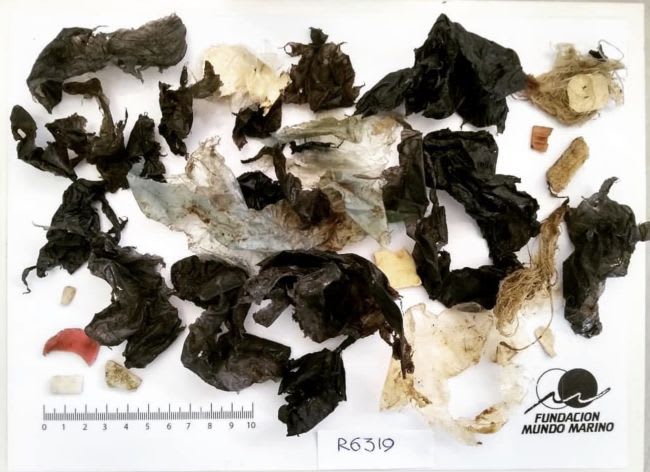 In all, the turtle defecated 13 grams of rubbish. "Today, the turtle is eating green leaves, mainly lettuce and seaweed," Peña added.

The same fisherman, Roberto Ubieta, found a dead green turtle earlier in January and this had plastics in its digestive system too. A third turtle survived but also had a piece of nylon bag in its poo.