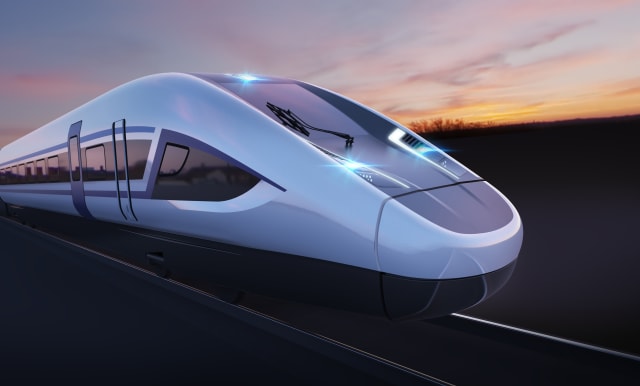 Chancellor Sajid Javid is set to throw his weight behind the controversial HS2 rail project.

Mr Javid is minded to support the high speed train initiative at a meeting with Prime Minister Boris Johnson and Transport Secretary Grant Shapps on Thursday.

The PA news agency understands that having reviewed costs and alternatives the Chancellor will “broadly back” the high-speed line from London to Birmingham, Manchester and Leeds.

Mr Shapps has insisted that no decision on the controversial infrastructure project – the biggest in Europe – will be announced this week.

The Prime Minister told the Commons on Wednesday that a decision on the project would be made “very shortly”.

He said: “I just want to reassure all of my honourable friends and everybody, whatever persuasion they may be about HS2 across this Chamber, that there will be an announcement and a decision very shortly.”

there will be an announcement and a decision very shortly

Some £8 billion has already been spent on the scheme.

The meeting comes as Mr Javid has put pressure on Cabinet colleagues to identify where cuts of 5% could be made in their departmental budgets.

In a letter, co-signed by Mr Johnson, the Chancellor urged ministers to identify projects that could be abandoned ahead of his first Budget as Chancellor in March.

The intervention was seen at Westminster as a bid to find resources to fund Tory election promises on infrastructure, health and law and order.