Owl found in ditch was too fat to fly 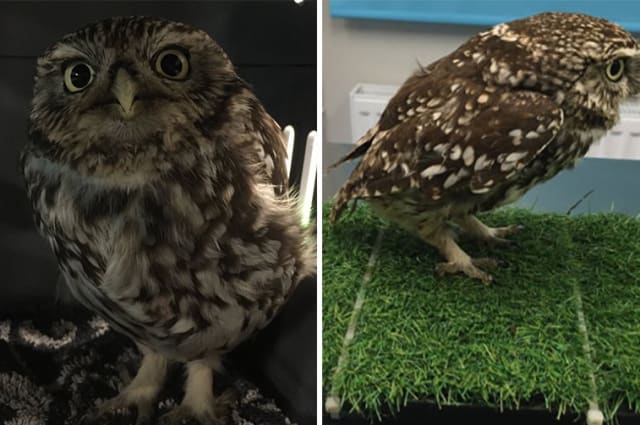 An owl nicknamed Plump ate so many mice and voles that she became too fat to fly and had to be put on a diet.

The little owl (Athene noctua) was found in a ditch by a member of the public who thought she was injured, but when staff at Suffolk Owl Sanctuary examined her they found she was just "extremely obese".

She weighed 245g on admission to the sanctuary – around a third heavier than a large healthy female little owl – but lost 30g to 40g on a two-week diet. 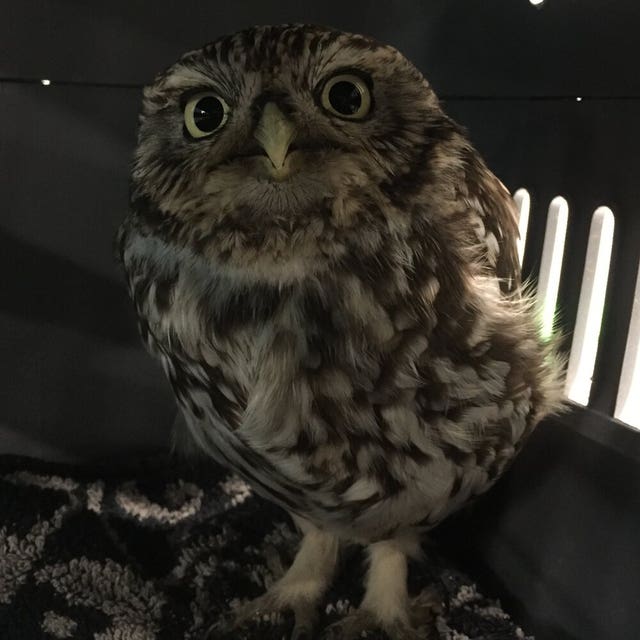 The bird, nicknamed Plump by staff at the sanctuary in Stonham Aspal, was released back into the wild on Sunday.

Head falconer Rufus Samkin attributed Plump's weight gain to "very high" numbers of prey in the area where she was found, near Saxmundham, and a mild winter.

He said: "This is the first time we've had this. It's quite unusual. After Christmas we can all relate."

As it is so unusual for wild birds to get into this condition naturally, staff conducted an experiment to make sure she was not an escaped pet.

This soggy little owl was found in a ditch. Usually we'd assume injury preventing the owl from flying - occasionally becoming wet causes them to become grounded - so you can imagine our surprise that we simply found her to simply be obese!https://t.co/nh8BicH85T

There was no indication of rings or chip identification and local inquiries did not give any answers.

The sanctuary instead observed Plump's familiarity with common foods used in aviaries – such as bright yellow chicks which are not often found naturally in the English countryside – and are a tell-tale sign of a life in captivity. 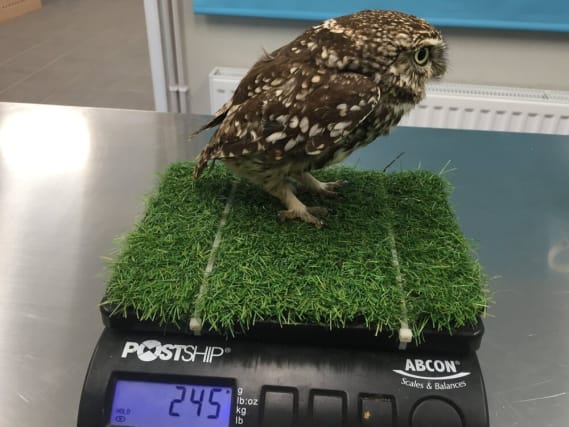 Plump readily took more wild-type foods such as dark mice, so staff said they were confident it was likely to be an "unusual case of natural obesity".

Ordinarily if an owl is found in a ditch, sanctuary staff would expect an injury to be preventing it from flying.

Plump's weight was brought down on a portion-controlled diet of wild-type food ahead of her release.