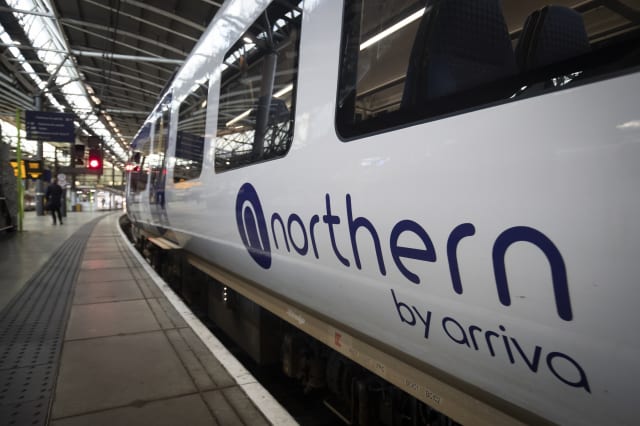 Commuters at Leeds Station said they are hopeful public ownership will improve the trains, which they claimed are often cancelled, delayed or overcrowded.

Many said Wednesday’s decision needed to happen because services should never have been privatised.

David Bond, 34, a software development, travels by train daily from Wakefield to Leeds.

He said the service was “not far off abysmal” and described Wednesday’s decision as “fantastic”.

Mr Bond said: “It needs to happen. Privatisation of the rail was wrong to begin with.

“Scandinavian countries have one of the best rail networks in the world, it’s state-owned, I just don’t believe it was a good idea to begin with so that’s great.“

Sue and Baz Lajszczuk travelled to Leeds from Apperley Bridge.

Mr Lajszczuk said: “We’re hoping there’ll be an improvement. I like to think so, I hope so, I just think it’s an essential service, which should be national anyway, rather than in private hands.

“Fingers crossed, we’ll just have to wait and see.”

Michael Ball, 49, an electrician, said the train he travels on 20 times every week will sometimes only be on time twice in that period, with delays of between eight minutes and half an hour.

“It’s all about London, we just get second rate service.”

But he said that he was not confident that services would improve.

He said: “They’re just not bothered, are they?”

Retired firefighter Ray Jackson from Blackpool said: “I’m not surprised to see them lose their franchise.

“They’re not a good service and haven’t been for the last few years.

“We use them quite regularly coming from Blackpool but it had to happen, it’s as simple as that.”

Mr Jackson said he was hopeful services would now improve.

She said: ”I think all we can do is wait and see what happens and see if it’s an improvement on the current position.

”I don’t think it can get any worse.”