Nigel Farage bows out with display of flag-waving triumphalism 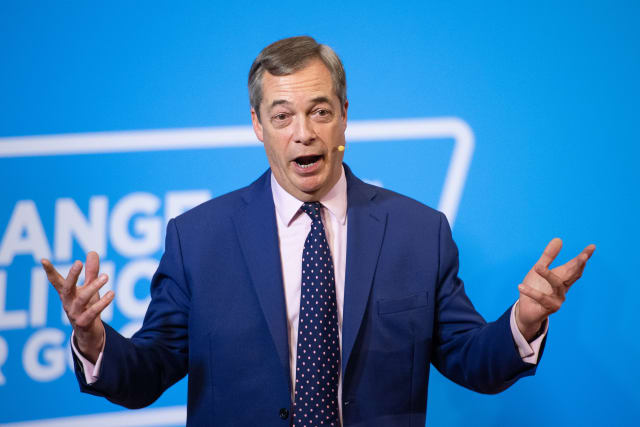 Brexit could mark the beginning of the end for the European Union, Nigel Farage said in his farewell speech in Brussels.

As the European Parliament prepared to back the Withdrawal Agreement paving the way for Brexit on Friday, Mr Farage said the UK “is never coming back”.

The Brexit Party leader, who said he would miss his role as “pantomime villain” in the parliament, said leaving the European Union “should be the summit of my own political ambitions”.

But he suggested that Brexit could trigger a wider debate about the future of the EU.

“I’m hoping this begins the end of this project. It’s a bad project, it isn’t just undemocratic it’s anti-democratic.”

Mr Farage and his allies waved Union Flags as he finished his final speech.

As he was rebuked from the speaker’s chair for the display, the Brexit Party MEPs gave Mr Farage three cheers.

“This is it, the final chapter, the end of the road, a 47-year political experiment that the British frankly have never been very happy with,” the veteran MEP said.

“What happens at 11pm this Friday, January 31 2020, marks the point of no return, once we’ve left we are never coming back and the rest, frankly, is detail.

“We are going, we will be gone and that should be the summit of my own political ambitions.”