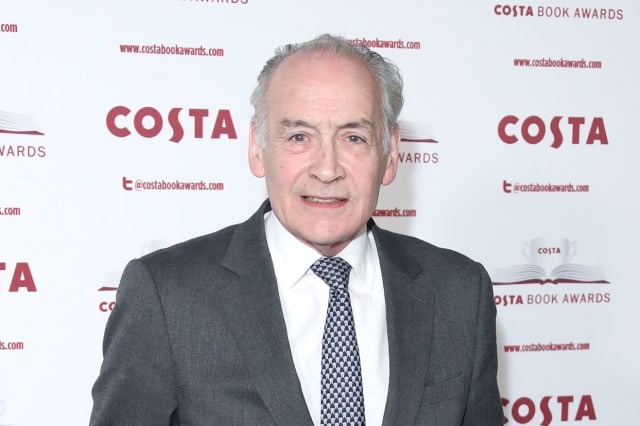 ITV News host Alastair Stewart is stepping down from presenting duties "following errors of judgment" in his use of social media.

The veteran presenter, 67, said in a statement to the PA news agency that he made a "misjudgment which I regret".

ITN said in the statement that Stewart's use of social media "breached" its editorial guidelines.

The decision to quit "is supported by both ITV and ITN".

His decision to step down comes after a black Twitter user claimed he "called him an angry ape" three weeks ago. 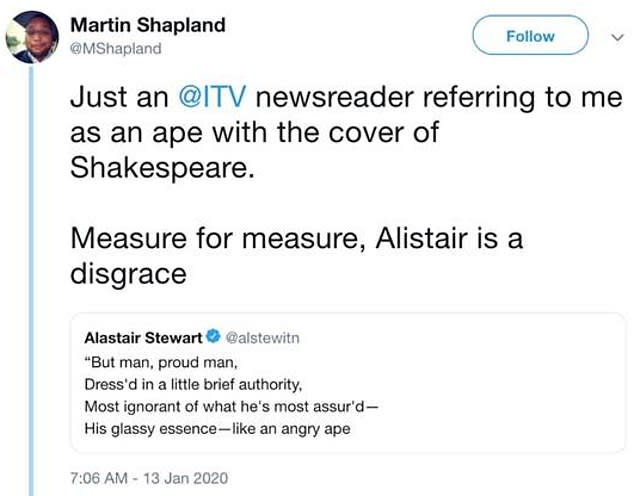 Stewart said: "It was a misjudgment which I regret, but it's been a privilege to bring the news to households throughout the UK for the past 40 years."

Stewart, who has deleted his Twitter account, has been a staff reporter and presenter on ITV News programmes.

Michael Jermey, director of news and current affairs at ITV, said: "Alastair has been a long-standing, familiar figure to viewers of ITV News, both reporting and presenting with distinction.

"We wish him the very best for the future."

ITN chief executive Anna Mallett said: "We would like to recognise Alastair's contribution as one of the UK's foremost journalists and TV presenters and to thank him for his commitment to delivering high-quality broadcast news over many years."