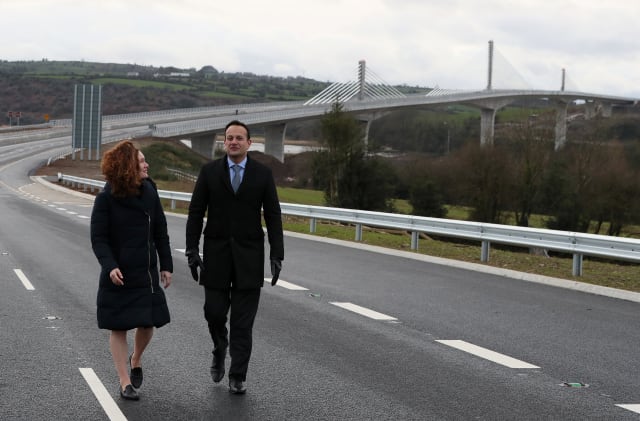 The family of John F Kennedy said they were honoured after Ireland’s longest bridge was named after the former US president’s mother.

It is expected to shave up to 30 minutes off peak journey times between Cork and Rosslare.

Ms Kennedy Townsend, a great-granddaughter of Rose Fitzgerald Kennedy, said she felt very grateful to be there.

“It’s a wonderful occasion, it’s a wonderful tribute and I feel very lucky to be representing my entire very large, very global family who all wish that they could be here,” she said.

“But I think that they are here in spirit and we’re all very grateful for this gorgeous bridge.”

The complete project cost 230 million euro, and the bridge is set to open to traffic on Thursday.

The Rose Fitzgerald Kennedy Bridge stretches 887 metres across the River Barrow and joins Kilkenny with Wexford.

Its name celebrates the Kennedy family’s rich heritage in New Ross, as their ancestral home is located in nearby Dunganstown.

The bridge is the longest in Ireland and its main span is the longest extradosed bridge span of its type (a complex cable-stayed structure) in the world.