Health experts to decide whether to declare coronavirus a global emergency 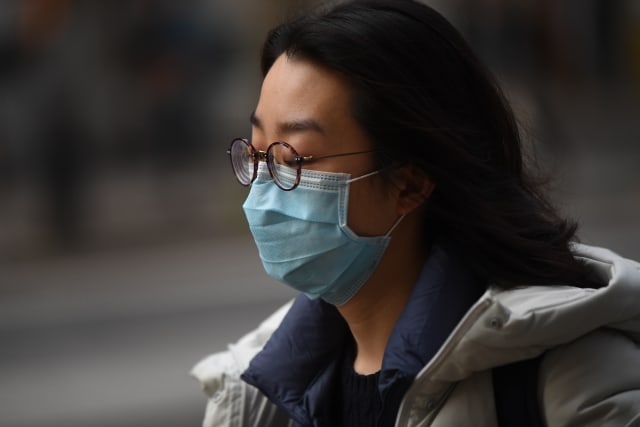 A planned flight to bring British nationals back to the UK from coronavirus-hit Wuhan will not take place on Thursday while experts are poised to decide whether to declare a global health emergency.

The British Government had anticipated flying around 200 UK citizens out of the country but it is understood Chinese officials have not yet granted permission for the chartered flight to depart.

Meanwhile the World Health Organisation (WH0) emergency committee is expected to meet on Thursday to decide whether to declare an international public health emergency.

The Foreign Office said it was working to secure the flight as soon as possible, with the UK nationals set to be quarantined for two weeks when they arrive back in the country.

A Foreign Office spokeswoman said: “We are doing everything we can to get British people in Wuhan safely back to the UK. A number of countries’ flights have been unable to take off as planned.

The WHO said the “whole world needs to be on alert” over the new coronavirus outbreak as it reconsiders whether to declare a global health emergency.

Its emergency committee, which said last week it was “too early” to pronounce a global health emergency, will meet for a second time on Thursday.

The number of cases has jumped to 5,974, surpassing the 5,327 people diagnosed with severe acute respiratory syndrome (Sars) during the 2002-03 outbreak.

The death toll, which stands at 132, is lower than the 348 people who died in China from Sars.

The first cases in the Middle East have been confirmed as a family-of-four from Wuhan that was visiting the United Arab Emirates.

Dr Ryan estimated the death rate of the new virus at 2%, but said the figure was very preliminary.

Scientists say there are still many questions to be answered about coronavirus, including how easily it spreads and how severe it is.

Britons returning from Wuhan will be put in quarantine for 14 days and officials are looking at taking passengers to a military base once they arrive home, the Department of Health said.

A Downing Street source said it was expecting about 200 British nationals to be returned from Wuhan and they had agreed to be placed in “assisted isolation”.

It came after the Foreign Office updated its advice on Tuesday to warn against all but essential travel to mainland China, saying it may become more difficult for British nationals in other provinces to leave.

On Wednesday, British Airways announced it was suspending all flights to and from mainland China with immediate effect, but Virgin Atlantic said its flights between Heathrow and Shanghai will continue to operate as scheduled.