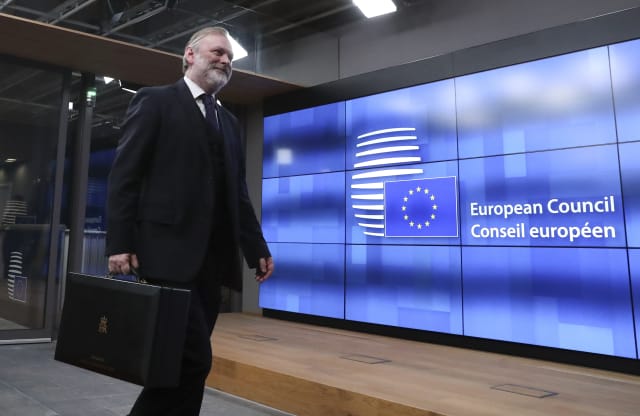 The European Parliament is to set the seal on Britain’s departure from the EU in a final vote on Prime Minister Boris Johnson’s Brexit deal.

MEPs meeting in Brussels are expected overwhelmingly to back ratification of the Withdrawal Agreement, paving the way for the UK to leave with a deal in place on Friday.

Foreign Secretary Dominic Raab signed the official document ratifying the deal for the UK side, which was then taken to Brussels by Britain’s ambassador to the EU, Sir Tim Barrow.

Mr Raab said it was a “historic moment” and “the start of a new chapter for an independent, sovereign Britain, looking forward to a decade of renewal and opportunity”.

It follows the completion last week of the passage of the Withdrawal Agreement Bill through the British Parliament at Westminster.

Following the vote in the European Parliament, there will be a farewell ceremony for the British MEPs leaving for the last time.

Meanwhile, Mr Johnson, in the latest sign that he is using social media to directly talk to voters, posted a video answering some frequently-asked Brexit questions.

One of the questions asked was “Will Brexit affect my holiday?”, to which the Prime Minister replied “No, not at all, you’ll have a fantastic holiday”.

While the terms of the Brexit deal mean that there will be few changes on February 1, anyone planning a holiday in 2021 still faces major uncertainty as issues including driving permits, insurance and health cover will need to be resolved in the UK-EU talks.

In Brussels, Brexit Party leader Nigel Farage said he would miss being the European Parliament’s “pantomime villain” ahead of his final speech and the vote on the Withdrawal Agreement.

He said Brexit was a “victory for grassroots campaigning” in the face of opposition from the “entire UK establishment”.

“I’m going to be celebrating the fact that democracy and the will of the people has triumphed at 11 o’clock this Friday,” he said.