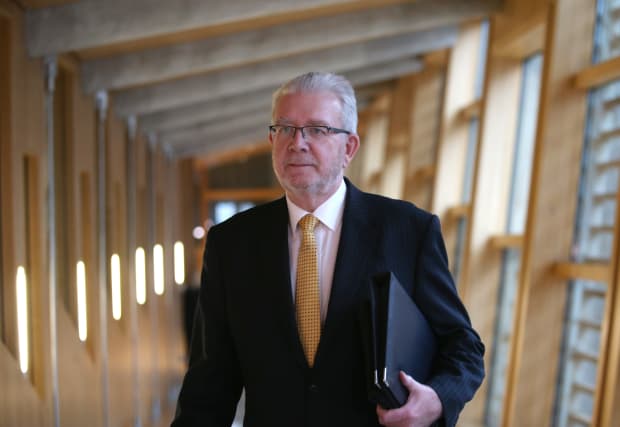 Scotland’s Brexit Secretary will demand the country gets a seat at the table in vital trade talks after the UK leaves the European Union.

Michael Russell said it would be an “injustice” if the Scottish Government is denied a meaningful role in post-Brexit negotiations.

He will use a statement to Holyrood on Thursday to argue the case for the Scottish Government being granted a formal role in discussions.

In talks in Cardiff on Tuesday, Michael Gove, a key ally of Prime Minister Boris Johnson, promised the devolved administrations in Wales, Scotland and Northern Ireland will “absolutely” have a say on future EU trade talks.

But Mr Russell insisted they must be given “meaningful input” in both future EU negotiations and trade talks with other countries.

Speaking ahead of his statement – being made the day before the UK formally quits the EU – the Constitutional Relations Secretary said: “Negotiations with the EU, and trade talks with other nations, will cut across a wide range of devolved matters, from environmental standards to agriculture, fishing and health.

“The Scottish Government must have meaningful input to protect our country’s interests.

“It is bad enough that Scotland is being forced to leave the EU against its will. Not to have a say in the future relationship would simply compound that injustice.

“The Scottish Government is committed to staying as close to Europe as possible. We believe that Scotland has the right to choose its own future and that the best option for Scotland is as an independent country within the European Union.

“But whilst we make that decision we must ensure that our interests are protected in any talks, at any time and held anywhere, that cover devolved competences.”