Coronavirus: Britons will not fly home from Wuhan on Thursday 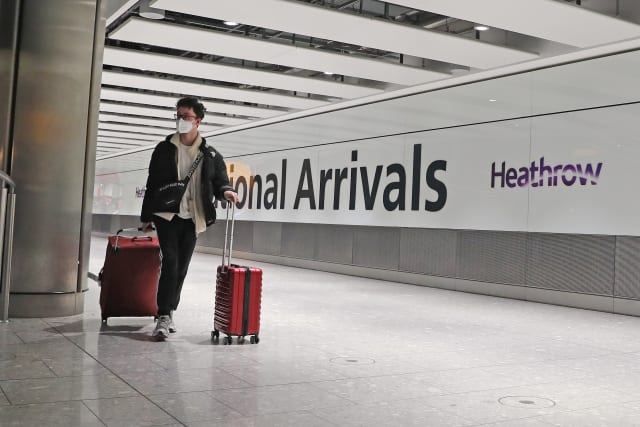 A planned flight to bring British nationals back to the UK from coronavirus-hit Wuhan will not take place on Thursday.

The British Government had anticipated flying around 200 UK citizens out of the country but it is understood Chinese officials have not yet granted permission for the chartered flight to depart.

A Foreign Office spokeswoman said: “We are doing everything we can to get British people in Wuhan safely back to the UK. A number of countries’ flights have been unable to take off as planned.

Britons returning from Wuhan will be put in quarantine for 14 days.

Officials are looking at taking passengers to a military base once they arrive home, the Department of Health said on Wednesday.

Downing Street said the Britons returning from Wuhan had agreed to be placed in “assisted isolation”.

A source said: “We are expecting about 200 British nationals to be on board, there is capacity on the flight for everybody.

“On arrival, passengers will be safely isolated for two weeks with all necessary medical attention.”

Number 10 refused to confirm where the Britons would be taken following the civilian charter flight to airlift them from the region.

The move comes after Britons returning to the UK expressed fury after being told they must “self-isolate” – while also making their own way home from the airport.

Previous advice from Public Health England (PHE) was for those returning to stay at home for 14 days.

But Britons due to board the flight back from Wuhan said they had been told by authorities to make their own way through the city to Wuhan airport, and once they land on British soil they are expected to make their own way home, potentially coming into contact with hundreds of people on the way.

Experts in China have said there is evidence that people could transmit the virus without showing any symptoms, although UK experts think the risk is low.

Kharn Lambert, whose grandmother Veronica Theobald, 81, from Lancaster, is booked on a flight leaving Wuhan on Thursday, told the PA news agency: “We are not sure what time the flight will leave yet. She got a seat almost straight away because of her condition.

“She is relieved, so am I, but she’s frustrated with the restrictions being put in place. She can only take 15kg of hand luggage and she came here with about 30kg of stuff.”

The family have not been given exact timings for the flight or details of which London airport Mrs Theobald will arrive at.

Mr Lambert has decided not to return, and will stay in Wuhan, but said his grandmother had been told previously she would have to get from London to Lancaster on her own.

It said that while China was doing all it can to contain the new coronavirus, its medical team had advised that “no-one should be going ahead with any major gathering that can be postponed”.

The Foreign Office updated its advice on Tuesday to warn against all but essential travel to mainland China, saying it may become more difficult for British nationals in other provinces to leave.

On Wednesday, British Airways announced it was suspending all flights to and from mainland China with immediate effect.

Virgin Atlantic said its flights between Heathrow and Shanghai will continue to operate as scheduled, although passengers are able to rebook or obtain a refund free of charge.

The death toll in China from coronavirus has risen to 132, with confirmed infections surging to nearly 6,000.

The World Health Organisation (WHO) said the latest indications are that one in five cases of coronavirus are leading to severe disease, such as pneumonia, or were causing death.

The Department of Health and Social Care said on Wednesday that 130 people in the UK had been given the all-clear for the virus, although scientists predict it may have already entered the country.

Following the latest Foreign Office travel advice, consumer group Which? said people with trips to China planned should be covered for cancellations by their travel insurance.