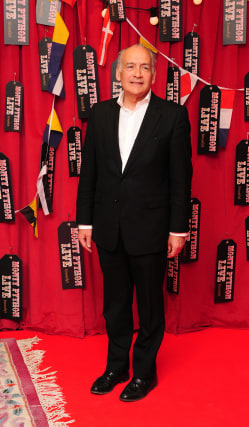 Veteran newsreader Alastair Stewart has announced he is stepping down from his ITV News presenting duties following what ITN called “errors of judgment” in his use of social media.

The 67-year-old – whose career in front of the camera spans 40 years – said in a statement to the PA news agency that he made a “misjudgment which I regret”.

ITN said in the statement that the journalist’s use of social media “breached” its editorial guidelines, but did not elaborate about the nature of Stewart’s actions.

The statement also said that the decision to quit was “supported by both ITV and ITN”.

Stewart, who joined ITN in 1980 as industrial correspondent, said: “It was a misjudgment which I regret, but it’s been a privilege to bring the news to households throughout the UK for the past 40 years.”

The father of four, who has deleted his Twitter account, has been a staff reporter and presenter on ITV News programmes.

ITV newsreaders Mary Nightingale and Julie Etchingham were among those to comment on the announcement, with both saying Stewart would be missed.

Nightingale wrote on Twitter: “Very sad about the departure of #AlastairStewart.

“He was a good friend and mentor to me when I started at Carlton TV, and we worked together for more than 27 years. I will miss him.”

Etchingham tweeted: “So sad to learn this – we have worked on many big stories together & Al is a trusted friend and guide to many of us.”

Michael Jermey, director of news and current affairs at ITV, said: “Alastair has been a long-standing, familiar figure to viewers of ITV News, both reporting and presenting with distinction.

“We wish him the very best for the future.”

ITN chief executive Anna Mallett said: “We would like to recognise Alastair’s contribution as one of the UK’s foremost journalists and TV presenters and to thank him for his commitment to delivering high-quality broadcast news over many years.”

During his career, Stewart has covered stories such as the Beslan school siege and the fall of the Berlin Wall and he has been honoured with several awards.

In 2004, he was named presenter of the year at the Royal Television Society Awards and in 2006 he received an OBE for services to broadcasting and charity.