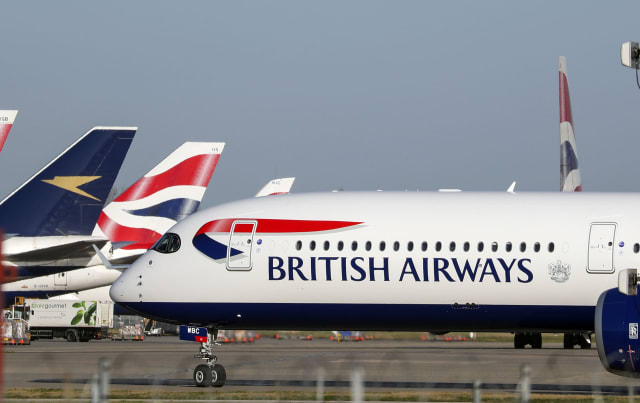 British Airways has suspended flights serving mainland China after a change in Government travel advice relating to the coronavirus outbreak, but Virgin Atlantic and Chinese carriers are continuing to operate as normal.

On Tuesday night, the Foreign and Commonwealth Office (FCO) updated its advice to warn against “all but essential travel” to mainland China.

British Airways – which serves Shanghai and Beijing from Heathrow – responded by grounding flights to and from these cities until at least Friday.

The last flights for the foreseeable future are due to land at the west London hub on Wednesday afternoon.

The airline apologised to customers but added that “the safety of our customers and crew is always our priority”.

Rory Boland, Which? Travel editor, described the decision by BA as “understandable” but warned that “a lack of clear information” about what it means for passengers in China will “cause distress”.

Virgin Atlantic is taking a different approach, offering free refunds to passengers who want to cancel their trip but continuing flights to and from Shanghai.

A spokeswoman for the carrier said: “We continue to monitor the situation regarding coronavirus and will always follow guidance as set out by relevant authorities.”

Chinese carriers serving Heathrow, Gatwick and Manchester appear to be operating flights as normal, apart from those to and from Wuhan, which were grounded last week.

An airline industry source told the PA news agency that the FCO’s travel advice for mainland China is a recommendation rather than a ban, and carriers will make individual assessments on whether to continue flights based on their own interpretations of risk and commercial impacts.

The FCO says it is up to individuals to decide whether their travel is “essential”, adding: “Only you can make an informed decision based on the risks.

“You may have urgent family or business commitments to attend to. Circumstances differ from person to person.”

UK tour operators stopped selling holidays in Tunisia for two years after the FCO advised against all but essential travel to the country, following the June 2015 Sousse beach attack in which 30 Britons were killed.

The Government went further in banning flights between the UK and Sharm el-Sheikh for nearly four years due to security concerns about the Egyptian resort’s airport after the bombing of a Russian airliner in November 2015.