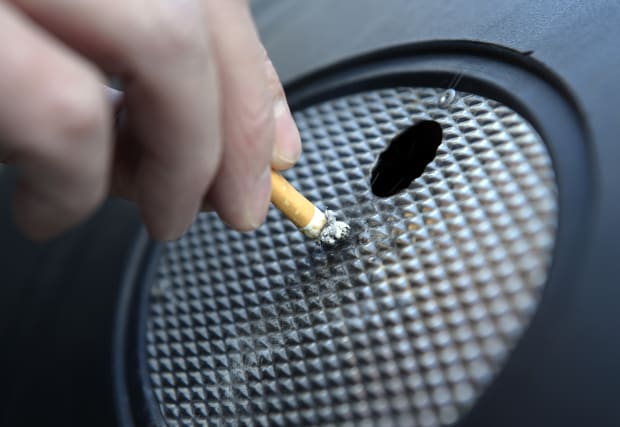 Scientists have found that kicking the habit can stop further damage to the lungs and allow new, healthy cells to replenish the lining of the airways.

The team, from the Wellcome Sanger Institute and University College London (UCL), discovered that compared to current smokers, people who had stopped smoking had more “genetically healthy” lung cells.

These cells, the researchers say, have a much lower risk of developing into cancer and highlight the benefits of stopping smoking completely.

Dr Peter Campbell, from the Wellcome Sanger Institute and senior author on the study, said: “People who have smoked heavily for 30, 40 or more years often say to me that it’s too late to stop smoking – the damage is already done.

“What is so exciting about our study is that it shows that it’s never too late to quit – some of the people in our study had smoked more than 15,000 packs of cigarettes over their life, but within a few years of quitting many of the cells lining their airways showed no evidence of damage from tobacco.”

It is estimated around 72% of the 47,000 annual lung cancer cases in the UK are caused by smoking.

The disease accounts for nearly 21% of all cancer deaths, according to figures from Cancer Research UK.

In the study, published in the journal Nature, the researchers analysed lung biopsies from 16 people including smokers, ex-smokers, people who had never smoked, and children.

They found more than nine out of every 10 lung cells in current smokers had up to 10,000 extra genetic mutations caused by tobacco-related chemicals, compared with non-smokers.

More than a quarter of these damaged cells had at least one cancer-driver mutation, the researchers added.

However, in people who had stopped smoking, the team discovered “a sizeable group of cells” lining the airways that had “escaped” genetic damage from past smoking.

Genetically, these cells were on par with those from people who had never smoked, the researchers said.

The team found that ex-smokers had four times more of these healthy cells compared to people who still smoked.

But while quitting smoking can reduce the risk of cancer, the researchers say the risk of permanent damage deeper in the lung that can lead to chronic lung disease, still remains.

In addition, Dr Kate Gowers, joint first author from UCL, said that even the healthy lung cells that contain thousands of genetic mutations could be “mini time-bombs waiting for the next hit that causes them to progress to cancer”.

She added: “Further research with larger numbers of people is needed to understand how cancer develops from these damaged lung cells.”