56 Lloyds, Halifax and Bank of Scotland branches to close 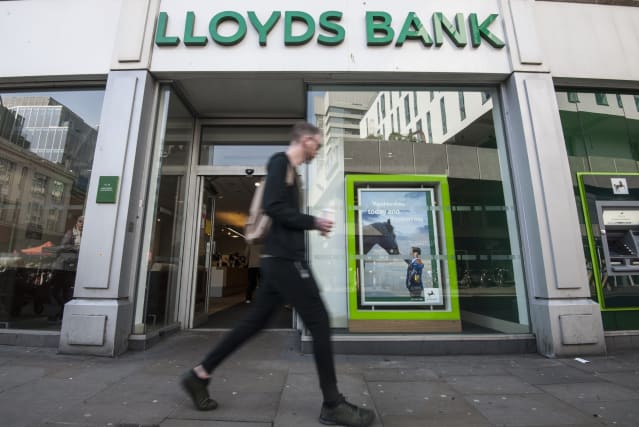 Lloyds Banking Group is to close 56 branches across the UK.

The banking giant has confirmed plans to shut 31 Lloyds, 10 Halifax and 15 Bank of Scotland branches between April and October 2020.

The company said the closures are part of a store reduction programme in response to changing customer behaviour and the move towards online banking.

Banking union Accord said the move is expected to see staff numbers cut by “under 80” as many employees are to be redeployed in other branches.

A Lloyds Banking Group spokeswoman said: “We are committed to having the largest branch network in the UK and, in addition to our branches, all our customers can also use the Post Office to access their banking locally, alongside our mobile branches which visit many rural communities.

“We have confirmed that a number of branches will close between April and October this year.

“This is in response to changing customer behaviours and the reduced number of transactions being made in branches.”

It comes as the bank continues its closure programme which affected Lloyds and Halifax sites in 2019.

In a statement, Accord said: “We fully appreciate that the demand for high street branch banking is diminishing as customers increasingly move to app-based banking but we’ll be examining Lloyds Banking Group’s plans to ensure that they’re properly thought through and robustly evidenced.

“So far, all branch closures have been managed without compulsory redundancies and Accord expects the same outcome here.

“We’ll be contacting our members who are impacted by the closures to offer support and representation.”