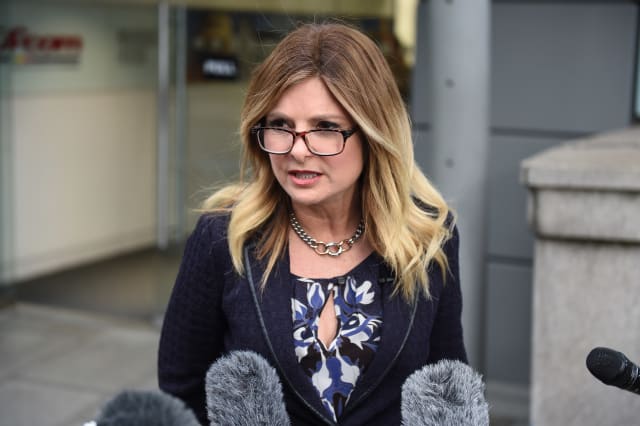 The US should help with the investigation into the death of Harry Dunn if it wants cooperation in its bid to quiz the Duke of York as part of the Jeffrey Epstein sex trafficking inquiry, a lawyer has warned.

Lisa Bloom, who represents five of Epstein’s alleged victims, raised the case of Anne Sacoolas – whose extradition to the UK has been rejected by US secretary of state Mike Pompeo.

Mrs Sacoolas, the wife of an American intelligence official who was given diplomatic immunity and returned to her home country, has been charged with causing teenager Mr Dunn’s death in a road crash outside a US military base in Northamptonshire last year.

It comes as US Attorney Geoffrey Berman revealed the Queen’s second son Andrew had provided “zero cooperation”, despite his lawyers being contacted by prosecutors and the FBI as part of the Epstein investigation.

Ms Bloom tweeted: “I understand diplomatic immunity but this is not a good look. If we want cooperation, we must cooperate in their investigations too.

“I’m tweeting about this to make Americans aware that this is very much on the minds of the UK press and public, based on all my interviews.”

“An American, Anne Sacoolas, will not return to the UK to face questions regarding the death of Harry Dunn outside an American air base.

“‘This works both ways, maybe if you extradited her we might feel more that Prince Andrew should go to you,’ say some Brits.”

Ms Bloom has called for Andrew to “stop playing games” and assist authorities with their investigation.

The duke, who is eighth in line to the throne, stepped down from royal duties in November following his disastrous Newsnight interview.

He was accused of lacking empathy for Epstein’s victims and of failing to show regret over his friendship with the disgraced financier who took his own life in prison while awaiting trial on sex trafficking and conspiracy charges.

At the time, he said: “I am willing to help any appropriate law enforcement agency.”

Virginia Giuffre, who claims she was trafficked by Epstein, said in an interview with BBC Panorama that she was left “horrified and ashamed” after an alleged sexual encounter with Andrew in London in 2001.

Andrew categorically denies he had any form of sexual contact or relationship with Ms Giuffre.