The Volunteer scoops 2019 Costa Book of the Year award 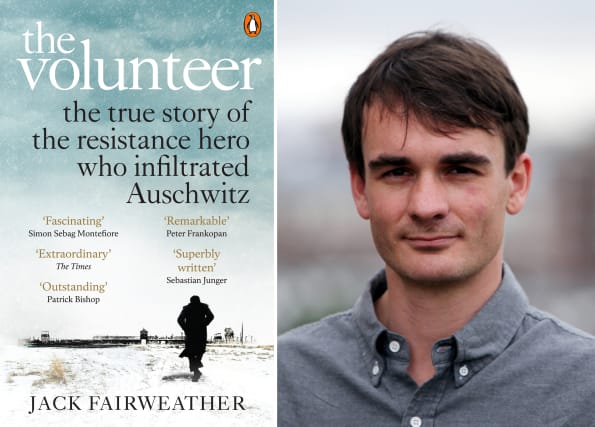 An account of a Polish underground operative who infiltrated Auschwitz and spread news of the Holocaust to the Allies has been named the 2019 Costa Book of the Year.

The Volunteer, by former war reporter Jack Fairweather, was announced as the winner by Costa Coffee chief executive Jill McDonald at an awards ceremony at Quaglino’s in central London.

The announcement came the day after the 75th anniversary of the liberation of Auschwitz.

The Volunteer tells the story of Witold Pilecki, a Polish resistance fighter during the Second World War who volunteered to be imprisoned in Auschwitz.

He forged an underground army, sabotaged facilities, assassinated Nazi officers, gathered evidence of the mass murder of the Jews and spread news of the Holocaust to the Allies.

The Volunteer’s win, following that of The Cut Out Girl by Bart van Es last year, means that for two years in a row a biography exploring this period of history has been named Costa Book of the Year.

Sian Williams, chairwoman of the final judges, said: “The judges were unanimous in choosing The Volunteer by Jack Fairweather.

“It’s an incredible story; pacy like a thriller, it reads like fiction and yet it’s not, it is fact.

“It is a story none of us have read before – this is an extraordinary and important book that people need to read.”

The book is published by WH Allen.