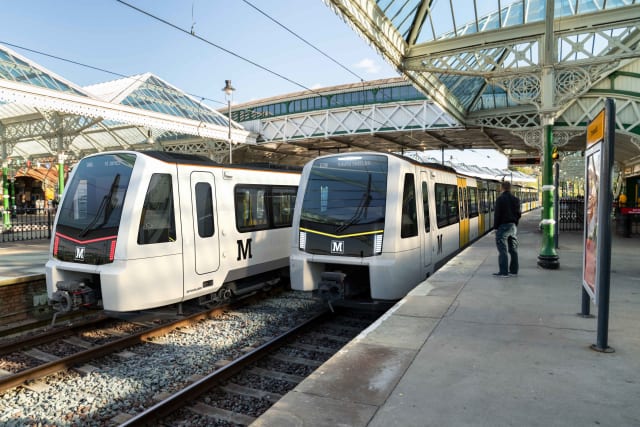 Swiss train manufacturer Stadler has beaten rivals including Hitachi to win a £362 million deal to supply new trains for the Tyne and Wear Metro.

Metro operator Nexus has named Stadler as its preferred bidder to manufacture the fleet of 42 trains.

Stadler will also be contracted to maintain the fleet for up to 35 years, with the trains due to land on tracks in the North East by 2024.

The Swiss firm had been competing against Spanish firm CAF and Japanese manufacturer Hitachi to secure the deal.

The snub is a major loss for Hitachi, which has a factory employing around 900 staff in Newton Aycliffe, County Durham.

Earlier this month, Hitachi announced plans to axe around 250 jobs at the site – which opened in 2015.

Conservative Mayor for the Tees Valley, Ben Houchen, described the move as a “disgraceful decision” by Nexus, hailing Hitachi as an “amazing North East manufacturer”.

In December, Hitachi was awarded a £350 million contract to assemble 23 intercity trains for Avanti West Coast.

However, Nexus and Labour council leaders said it would have been illegal to award the contract to Hitachi purely because of its local links.

Councillor Martin Gannon, leader of Gateshead Council, said: “We have a bold vision for transport in North East England, and a world-class Metro system is the key to unlocking this transformation.

“We have secured government investment in our region for new Metro trains which will meet the needs of our people for decades to come, secure hundreds of jobs and help us tackle the climate emergency.”

Tobyn Hughes, managing director of Nexus, said: “Our passengers expect the best in the world when they travel, and that is what they will get from our new trains.

“We asked for the best trains for the best price – based on what local people said they wanted to see, providing excellent reliability for years to come, transforming the passenger experience and delivering huge energy savings.”