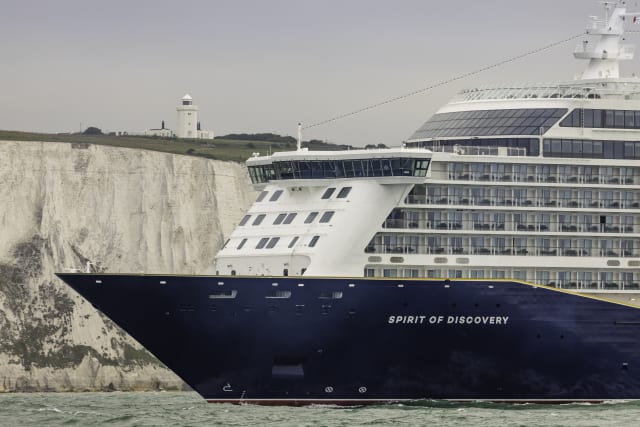 Over 50s’ firm Saga has seen under-pressure shares sail higher as the cruise specialist said profits remain on track in spite of a £4 million hit from the collapse of Thomas Cook.

The group said its insurance and travel businesses continued to operate in challenging markets, but new boss Euan Sutherland insisted he had a “clear focus” on turning around its performance.

Shares bounced 7% higher, having drifted close to all-time lows in recent months, following a tough 2019 which saw it warn over profits in April amid an overhaul to return to growth.

But investors took heart from the  absence of further bad news, as the group kept full-year guidance unchanged, even though it confirmed about £4 million of one-off costs in the second half from the demise of tour operator rival Thomas Cook.

Saga is expecting underlying pre-tax profits to drop by up to 42%, to between £105 million and £120 million for the year to January 31.

Mr Sutherland, who joined this month as group chief executive to replace Lance Batchelor, is continuing an overhaul that was launched last April, but with a renewed effort on cost savings and turning around its performance.

He said: “Although Saga continues to face challenging markets in insurance and travel, we have a clear focus on improving performance and cost efficiencies within the group, while strengthening our financial position and reducing debt.”

The group is also reportedly looking at selling off divisions, such as its Titan Travel arm, as it looks to head off pressure from activist investor Elliott Management.

He said: “His approach looks to be one of cost-cutting and debt repayment – at least to begin with.

“This is conservative, but once the group is on firmer financial footing he’ll have more flexibility.”

Saga’s update showed the group is expecting branded home and motor policies to be about 3% lower amid a “highly competitive market”, though margins are set to be in the higher end of forecasts.

It is also due to report a drop of about 5% for its tour operations division, but said its cruise arm was “building on the excellent progress over the first half of the year” with 76% of full-year bookings target already under its belt for 2020-21.

Mr Ryder said: “It’s been a rough year for Saga investors, but the business looks like it’s stabilised.”