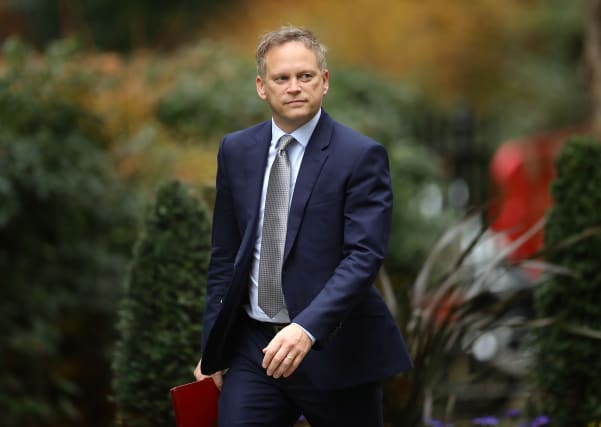 The beginning of reversing the historical Beeching rail cuts needs to happen “quickly” and within this Parliament, Transport Secretary Grant Shapps said.

Mr Shapps said he did not want it to take decades to see the reopening of lines which were closed between 1964 and 1970 following a report by British Railways chairman Dr Richard Beeching.

More than 5,000 miles of track and nearly 1,500 stations were closed in the period, including the line between Fleetwood and Poulton-le-Fylde in Lancashire.

On Tuesday, Mr Shapps pledged to give £100,000 towards a feasibility study into reopening the line.

Another area that could benefit from the £500 million fund designed to restore passenger services is Blyth, with Mr Shapps granting £1.5 million towards generating ideas for re-establishing the Ashington-Blyth-Tyne line in Northumberland.

Critics previously warned that the £500 million allocated by the Government, a manifesto promise being acted on by Mr Shapps, was well short of the mark if all of Beeching’s cuts were to be reversed.

Speaking at Poulton-le-Fylde rail station, he told supporters of restoring the Fleetwood line: “I’ve heard a lot of people say, ‘It will only be a couple of lines’.

“Nonsense, it’s half a billion pounds. We are going to use that money initially to study which places we should do and I am delighted that your line is the first place to do that, which means you will be head of the queue to get something back in place.

“With these reversals… we want to get them opened quickly.

“We don’t want this to be a decade, two decades away. We want to do it now within this Parliament.

“Communities that were cut off literally from the axe falling of the so-called Beeching lines, those communities deserve to have better connectivity.”

His announcement came as reports surfaced this week that Mr Shapps is considering taking the Northern franchise back into public control.

The Arriva-owned franchise has been dogged by a series of cancellations and late-running services after it introduced a new timetable in May 2018.

Mr Shapps said: “Performance on Northern has been lamentable. Everybody knows that.

“I will be saying more about it this week actually because it is time we got these services running.”

He would not be drawn on when the decision was due but said he would inform Parliament first this week.

He said: “Before when we had the railway, we had so many big industries – the railway itself, we had ICI, we had the fishing industry.

“They’ve all gone and we used to have a good tourism input into Fleetwood, but because of a lack of travel infrastructure that’s gone down the pot a bit.

“So bringing the railways back would hopefully bring tourism back to Fleetwood as well and enable a lot of the problems on the road system to be alleviated.”