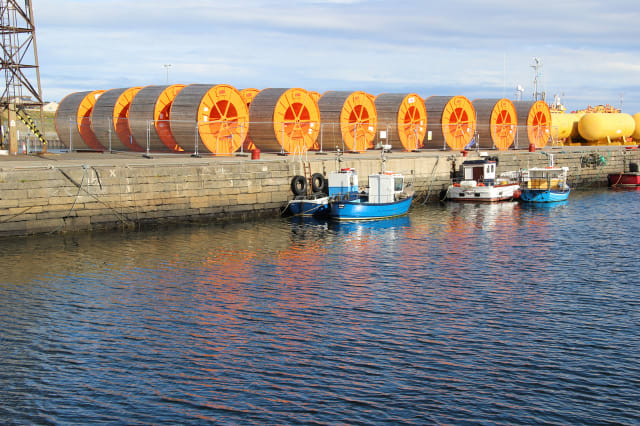 Ofgem warned that a series of outages and delays to a £1.3 billion electricity cable could have a knock-on effect for customers as it kicked off a probe into the companies behind it.

The energy regulator said it would investigate Scottish Power and National Grid for their role in the struggling sub-sea cable, which has gone down six times in just two years. It is currently out of action.

The project, which connects Wales and Scotland, was originally meant to be up and running by March 2017. However, the full launch of the cable only happened last month.

It first started transporting energy in December 2017. However, there were restrictions in place on how it could be used.

Even this limited link failed three times in 2018, twice last year, and has already shut down once in 2020, Ofgem said. One outage lasted for two months, while the shortest was four weeks.

The regulator now hopes to find out why the cable has been so troubled, as it sets out on an investigation. It will probe whether the companies breached the delivery date that was part of their licence. It will also examine potential breaches around the operation of the cable.

In 2012, when Ofgem first set aside money for the cable, it cited estimates that the project could save customers between £1 billion and £4 billion by avoiding so-called constraint payments.

The payments are made to wind farms and other renewable generation to stop producing energy when there is not enough demand for it. This is done to balance the system and ensure it does not overload.

National Grid and Scottish Power promised to cooperate with the regulator’s investigation.

“We are confident that our investment in the link has delivered benefits for consumers since entering service in 2017, and will continue to deliver benefits. We are committed to providing a reliable link that will transport cleaner, greener energy to our homes and businesses across Great Britain,” a spokesman for the companies said.

“We are working hard to repair the current cable fault and are certain we will overcome these difficulties and establish a link that will continue to benefit consumers for many years to come.”