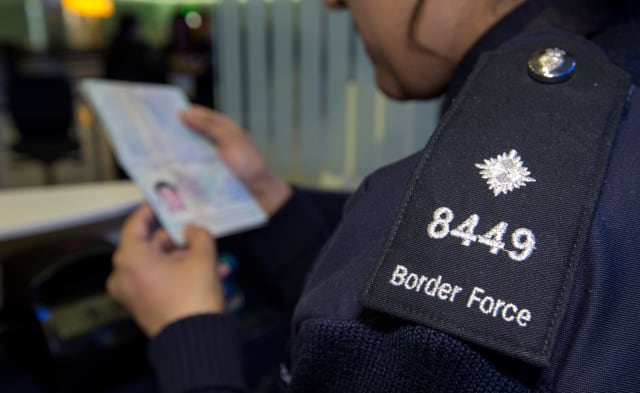 Northern Ireland should not have a separate salary threshold for migrants, a report by experts has said.

The Migration Advisory Committee (MAC) recommended the Government should cut the pay requirement for skilled workers from £30,000 to £25,600 for those coming to the UK with a job offer.

Business groups in Northern Ireland have argued the region should have a lower limit than the rest of the UK.

The report said: “The MAC’s view is that while there are arguments both for and against geographical variation in thresholds, on balance we recommend a single salary threshold across the UK.

“We have previously supported a separate pilot to deal with the particular problems faced by remote areas and we continue to recommend this idea.”

Areas such as the tourism industry in Northern Ireland could be particularly affected by the minimum wage requirement after Brexit since it employs a lot of workers from the EU.

The MAC report added: “The situation of Northern Ireland is unique as the only part of the UK with a land border with the EU and a labour market more distinct from the rest of the UK.

“Special consideration could be given to Northern Ireland, especially if it comes to have a different relationship with the EU compared to the rest of the UK.”

Colin Neill, chief executive of Hospitality Ulster, said there seemed to be a failure to take into consideration Northern Ireland’s unique set of circumstances.

“Although we do welcome the reduction in the salary threshold, it remains too high, not Northern Ireland-specific, with the skills bar set to a height that is prohibitive for a region which is expected to have 30,000 vacancies in the hospitality sector by 2024,” he said.

“Soft skills are a vital element of the success of the Northern Ireland hospitality and tourism offer and our fear is that they have largely been ignored in this context.

“We call on the Advisory Committee to give urgent reconsideration due to our distinctive economic position.”

He said the hospitality sector in Northern Ireland was hugely reliant on workers from overseas and warned he harboured grave concerns about what the future may bring.

He said: “There is real danger of negative impacts on the sustainability of a sector of the economy which has significant growth potential.”

Ann McGregor, chief executive of the Northern Ireland Chamber of Commerce, said she was disappointed.

“The recommendations made by local businesses and business groups throughout two years of consultation have been ignored,” she said.

“This risks limiting access to skills for many of our members across a wide range of sectors.”