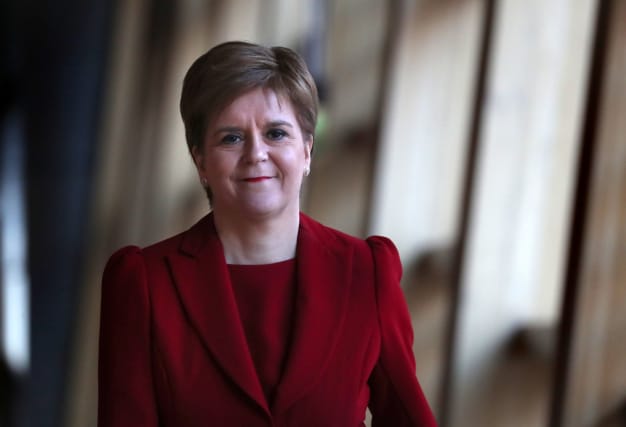 Nicola Sturgeon will insist that Scotland has “the right to choose its own future” as she urges MSPs to back her plans for a second independence referendum to be held this year.

The First Minister will argue her government has a “clear mandate” for a such a vote as she leads debate on Scotland’s future.

It comes two days before the UK is formally due to leave the European Union – with the Scottish Government saying this marks a “material change in circumstances” from the 2014 referendum – when Scots voted to stay part of the UK.

As the UK heads towards the EU exit door, Ms Sturgeon will argue that independence could give Scots an alternative future in which they could still be part of Europe.

Earlier this month Prime Minister Boris Johnson flatly rejected the First Minister’s calls for Holyrood to have the power to hold a second independence vote.

But the Holyrood motion, which could be passed with the backing of SNP MSPs and the pro-independence Greens, calls for the UK Government to reach an agreement with Scottish ministers “on such a referendum taking place on a date and in a manner determined by the Scottish Parliament”.

The SNP leader has already said she wants to have that ballot in the second half of this year.

Ms Sturgeon said Wednesday’s Holyrood vote gives the Parliament the “opportunity to endorse a fundamental democratic principle – that this country has the right to choose its own future”.

She added: “This week, Scotland will be pulled out of Europe against its will and without its consent – an event which marks a significant and material change in circumstances since 2014.

“Throughout the Brexit process, the views of the Scottish Parliament, and the people of Scotland, have been consistently ignored.

“This Government has a clear mandate – to exercise the right of this country to take its future into its own hands.

“That mandate comes directly from the freely exercised will of the people, and simply cannot be ignored or denied indefinitely.

“There are now fundamental issues of democracy at stake – quite simply, Scotland must have the right to choose its own future.

“Our proposal is for a referendum offering the people of Scotland the choice of independence to take place this year, on a date and in a manner to be determined by the Scottish Parliament.

“The significance of today’s debate should not be underestimated. It takes place just two days before Scotland and the rest of the UK are taken out of the EU, and the vote of the Scottish Parliament will be noticed around Europe and beyond.

“It is my fervent hope and belief that Scotland will rejoin the European family of nations as an equal, independent country.”

As well as voting on the referendum motion, MSPs will also decide if the European flag should remain flying at Holyrood after Brexit.

The Scottish Parliamentary Corporate Body had originally agreed that the flag should be lowered at 11pm on January 31, but ministers objected.

Scottish Tories accused the First Minister of “trying to cause a ruckus between Scotland and England in the hope it pushes up support for separation”.

Maurice Golden, the Conservative chief whip at Holyrood, said: “The SNP isn’t even pretending to care about other issues now.

“Valuable time in the Scottish Parliament should be used to address the very severe problems in our hospitals or the crisis engulfing our education system.

“Instead, the nationalists want to revert to the only subject they excel in – stoking up constitutional division.”