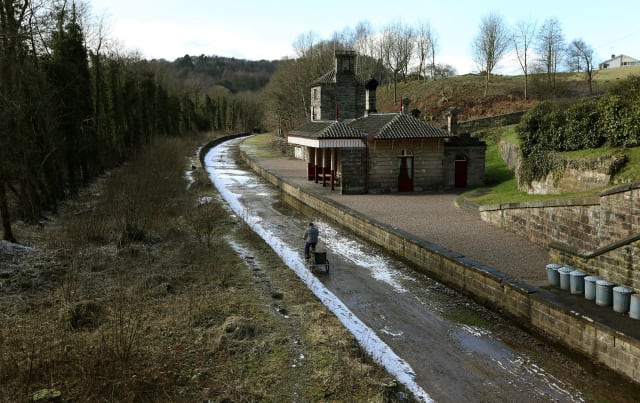 The Government has unveiled a £500 million fund to “kickstart the restoration” of lines closed in the Beeching cuts.

Dr Richard Beeching was chairman of British Railways when he published a report in 1963 recommending that around a third of the network should be axed due to low demand and high costs.

– What is the current extent of the network?

The investment is to help develop proposals for reopening lines which were victims of the Beeching cuts.

This includes funding studies into resurrecting the Lancashire line linking Fleetwood with Poulton-le-Fylde, and the Ashington-Blyth-Tyne line in Northumberland.

– What has the Transport Secretary said?

Grant Shapps says many communities “still live with the scars” from rail closures more than five decades ago, and claims the new fund will begin to “undo the damage of the Beeching cuts”.

– Have we heard this before?

In November 2017, then-transport secretary Chris Grayling announced that a new development programme would identify opportunities to restore some of the routes axed under Beeching.

– How much has been done?

Three stations were added to the mainline network in the 12 months to the end of March 2019.

One of the last major additions to Britain’s rail network came in December 2016, when Chiltern Railways began operating trains between London Marylebone and Oxford city centre on a newly established rail link.

This included upgrading a 20-40mph branch line to a 100mph main line.

– How much does it cost to reopen closed lines?

Railway engineer Gareth Dennis says it would only cover the cost of reopening around 25 miles of track.