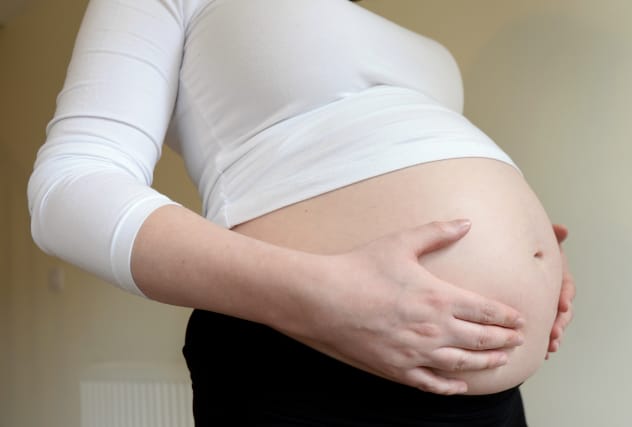 A fifth of new mothers were not told how to access help if their mental health were to decline after giving birth, according to a survey.

And more than one in 10 (12%) were not warned about any changes they might experience to their mental health after having their baby, the Care Quality Commission (CQC) poll found.

Just under two thirds (63%) of the respondents “definitely” received the information, while a quarter reported it only being communicated “to some extent”.

Some 17,151 women took part in the 2019 survey – more than a third of the women who gave birth in February under NHS care.

The majority (+80%) said midwives always listened to them, and they had confidence and trust in the staff caring for them.

A similar proportion said they were given appropriate advice at the start of labour, and that their breastfeeding decisions were “always” respected by midwives.

But the results also highlight that improvements are needed to continuity of carer, access to midwives after giving birth and perinatal mental health.

Less than two thirds (62%) of women said they were always able to get help from a member of staff when they needed attention after the birth.

And 6% of women reported being left alone when they were anxious during the latter stages of labour.

Nigel Acheson, CQC’s deputy chief inspector of hospitals and maternity lead, said: “The positive feedback from many women completing this survey is a reflection of the hard work and commitment shown by staff working in hospital maternity services across the country.

“However, it is disappointing that postnatally experiences continue to fall short, particularly in regard to women’s mental health needs.

“While most women surveyed were being asked about their mental wellbeing, a significant proportion felt the quality of information they received could be improved.

“It is absolutely right that the provision of specialist mental health services for pregnant women and new mothers has been recognised as a priority in the NHS long term plan and we hope to see the impact of this extended support in next year’s survey results.”

The survey involved 126 NHS trusts and is the seventh time it has been carried out by the CQC to help trusts better understand the experiences of women using maternity services.

It also found that more than half of women (54%) said that none of the midwives involved in their postnatal care had been involved before or during the birth, and a quarter said they would have liked more midwife visits when home from hospital.

And less than a third (28%) of the women said they saw the same midwife every time during their postnatal care.

The Royal College of Midwives (RCM) said it was encouraging to see improvements in many areas and that it was “particularly pleased” most women said they felt listened to.

Gill Walton, RCM chief executive, said: “Continuity of carer is crucial to ensure pregnant women receive safe and high-quality care, but we must have enough midwives to get this right.

“We will continue to work with NHS trusts and boards, and the relevant health departments, to ensure this is a priority.

“We are also concerned to see that women felt let down by the accessibility of postnatal care.

“We know that one in five women using maternity services are affected by maternal mental health problems yet there are not enough specialist midwives to care for them.”

The RCM added that maternity services will continue to struggle if the shortage of 2,500 midwives in England is not prioritised.