Coronavirus: FCO warns against travel to China as UK nationals are set to return 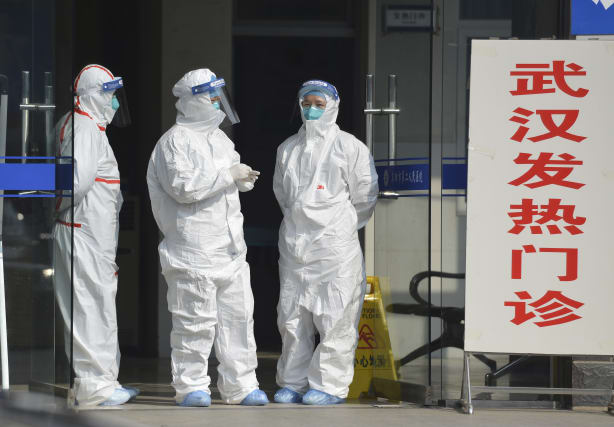 Britons in the coronavirus-hit Chinese province of Hubei could be flown home as early as Thursday as the Foreign Office has warned against “all but essential travel” to the country.

The Foreign Office has yet to confirm details, but a teacher in Wuhan city told the PA news agency that UK citizens were being given details of forthcoming flights.

Those stuck in the city of Wuhan and surrounding areas have been urged to contact the British consulate before 11am on Wednesday if they wish to leave.

Meanwhile the FCO updated its travel advice to urge UK citizens to avoid the country, adding it may become more difficult for British nationals in other provinces to leave.

The advice said: “The Chinese government continue to impose further restrictions on movement within China in response to the coronavirus outbreak.

“It may become harder over the coming weeks for those who wish to leave China to do so.

“If you feel that you may want to leave China soon, you should consider making plans to do so before any further restrictions may be imposed.”

China has imposed travel restrictions between its major cities while the Ministry of Culture and Tourism has suspended all tour group companies’ activities to prevent further virus spread.

The British teacher living in Wuhan, who asked not to be named, told PA she had been in contact with the British authorities who informed her that while she could return to the UK, her husband, who has a UK visa, would not be allowed to as he was a Chinese national.

It is understood that this was a result of restrictions imposed by China, rather than the UK.

As a result, she decided that she would remain in China with her husband.

She said: “It’s what we were expecting to be honest, as we’d heard that it was like that for the American flight out. We had hoped it would be different, but oh well.

“If the situation stays as it is, or improves, then we’re fine. We just hope it won’t get any more serious.”

She added that a number of other Britons she was in contact with had arranged to return home, with some scheduled on a flight at 7am on Thursday.

The news comes as almost 100 people in the UK have tested negative for coronavirus.

The Department of Health and Social Care said 97 people have been given the all-clear for the virus, although scientists predict it may have entered the country.

Earlier, Transport Secretary Grant Shapps said the Government was “working on” how to bring people home from the Chinese city.

Professor Robin Shattock, head of mucosal infection and immunity at Imperial College London, told PA he plans to start testing the vaccine on animals by the middle of February, with human studies in the summer if enough funding is secured.

He warned there could be a second wave of coronavirus next winter across the globe.

Meanwhile, reports from Japan and Germany on Tuesday suggested cases of coronavirus in people with no history of travel to Wuhan.