Commuters warned of disruption from snow and ice 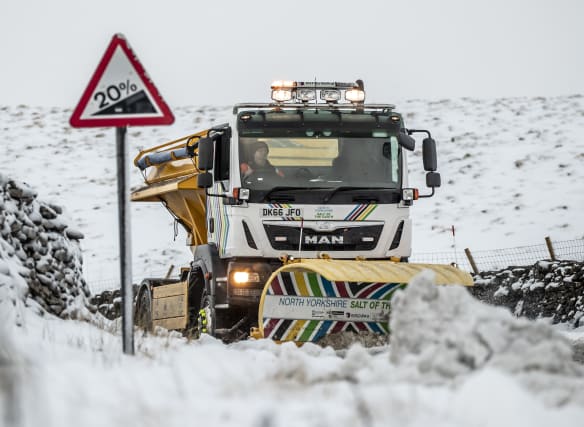 Snow and ice are predicted to disrupt commuters on Tuesday across large parts of Britain, where four yellow warnings are in place.

It may have fallen short of predictions it would be winter’s coldest night but the cold air overnight still managed to bring snow, sleet and rain across Scotland and England’s north-west.

The air that has pushed south from Greenland ensured a low of minus 4C (25F) was recorded on The Cairnwell mountain in the Eastern Highlands, the Met Office’s Helen Roberts said.

The cold air combined with a band of precipitation to produce sleet and snow, as well as icy patches, which could prove problematic for those in cars and on trains, the forecaster added.

“It’ll be an icy start for many, with a widespread frost and temperatures dipping just below freezing,” she said.

Up to 15cm of snowfall has been predicted in some places.

About 750 road-gritting lorries – 500 in Scotland and 250 in England – are ready to be deployed, the Daily Mirror reported.

Showers are expected to arrive in western England and parts of Wales later in the day.

“But it will be a largely dry day in the eastern and central parts of the country,” Ms Roberts said.

The yellow warnings will expire between 10am and 11am.

The UK is in the middle of a wintry spell, with milder weather arriving on Wednesday.