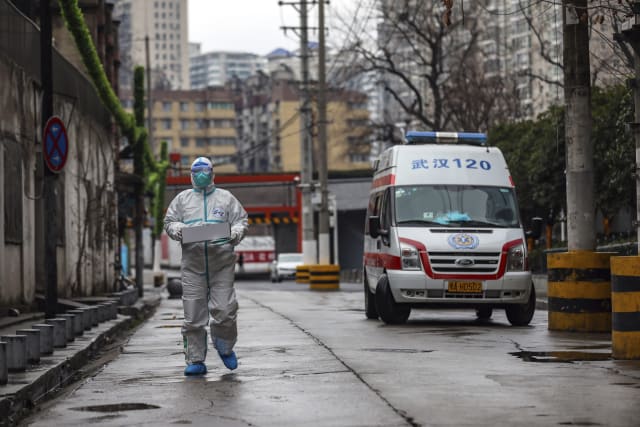 A British citizen, isolated in Wuhan, China, has said he is too afraid to leave his flat for fear of infecting his nine-month-old daughter with the deadly coronavirus.

The 22-year-old from Manchester, who asked to remain anonymous, told the PA news agency: “My wife is staying positive but inside I can tell she’s worried, we both are. We know that if our baby got sick she wouldn’t make it and that’s a horrible, dreadful feeling.”

Neither of them have been diagnosed with the illness but fear coming into contact with anyone who may carry the deadly strain.

The family have not left their flat for a week, and are now rationing food to get through the outbreak.

He said: “The flat bit isn’t that bad, it’s more the paranoia every time I go out in the corridor to empty bins or something like that.

“My wife’s family gave us a lot of leftover meat and vegetables from the New Year’s dinner we had. We think that will last us a few more weeks.”

UK citizens stranded in Wuhan are being urged to contact the British consulate as part of repatriation plans.

However, the father-of-one said he would not be leaving the city, as his wife is a local.

He did add that things seemed “more positive” today.

He said: “There’s been a lot of talk today about some positive developments in treating sick people.

“Chinese media reported this morning that a pregnant woman infected with the virus was successfully treated and in recovery and that the baby was doing fine.

“More and more of these small ‘victories’ are popping up now and that’s why we’re a bit more optimistic.”

More than 100 people have now died in China, with confirmed infections rising to more than 4,500 globally.

The deadly virus has now spread to at least 16 cities. Wearing face masks in public is now mandatory in some Chinese cities.