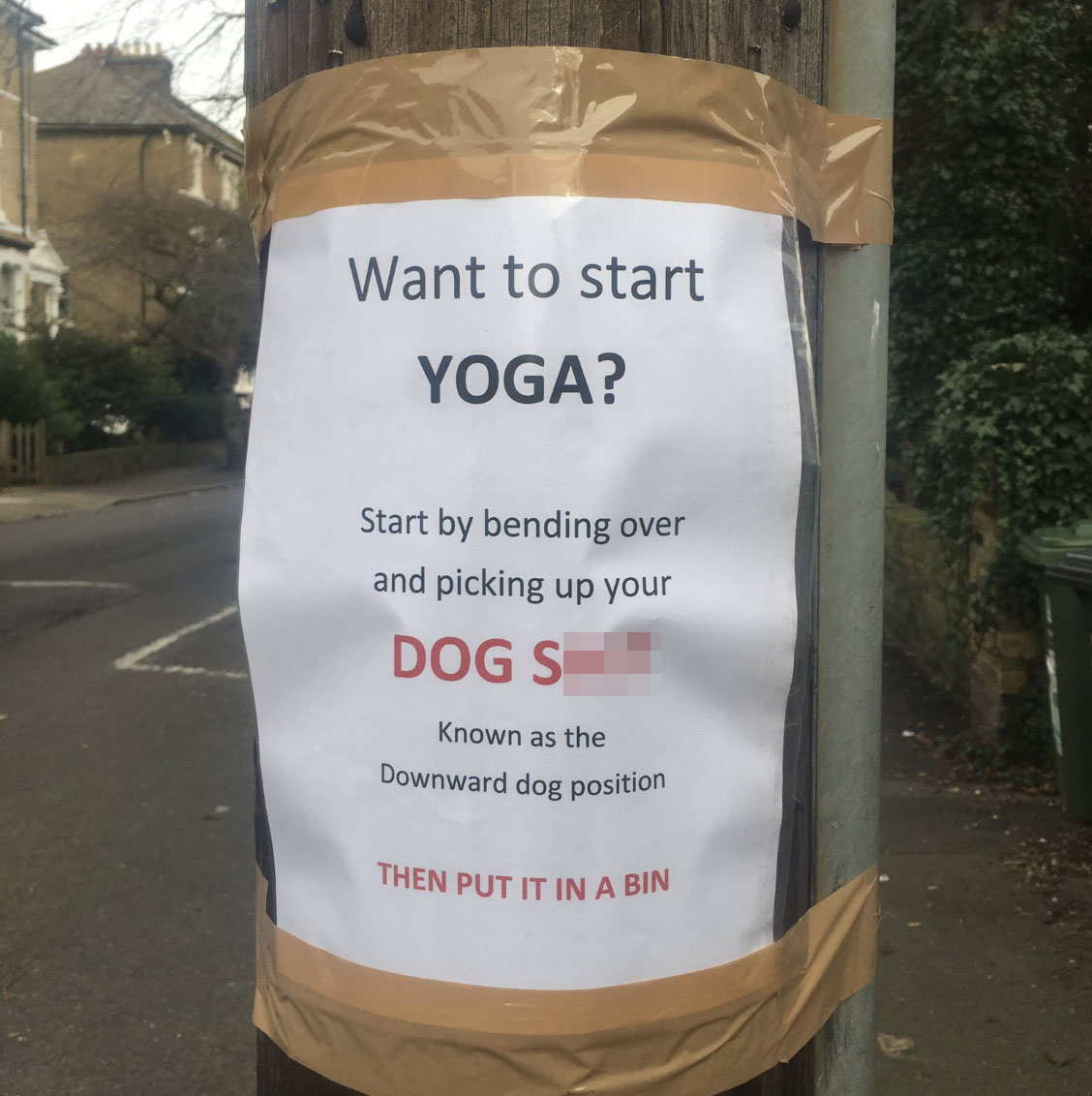 Dog poo left behind by unruly pet owners is particularly infuriating for pedestrians, especially if they've been unfortunate enough to step in it.

And it appears faecal matter in one London suburb has pushed a disgruntled community member to the point of distributing angry posters across the neighbourhood.

"Start by bending over and picking up your dog s***.

"Known as the Downward dog position, then put it in a bin."

"Happy to share the most white, middle class bodying I've ever had the pleasure of," she explained.

Her post quickly took off, with others declaring the signs appeared to be spreading across the UK.

"Community spirit at its best," one person wrote.

"I LOVE this," another said.

In some cities, including London, a DNA database of dogs has been created to track down dog owners who leave poo behind. The scheme was recently proposed for Melbourne.